Horror Movies That Would Make A Good Game 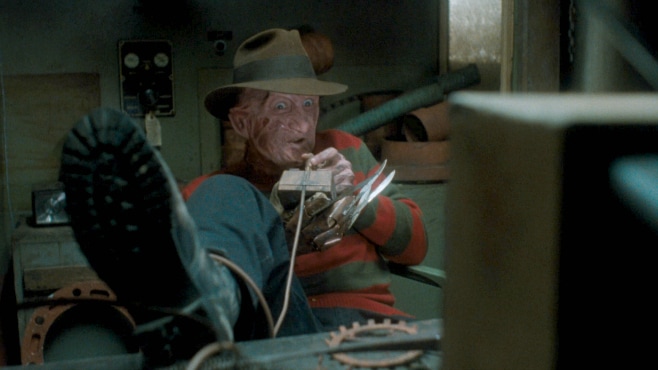 Over the years there have been some chillingly good horror movies, which have been enjoyed by many all around the world. Horror is a great genre, and it’s proving itself to be extremely popular, not just in the film industry, but the gaming sector too. In fact, horror movies have been the source of quality inspiration for game developers. This has indeed been the case in the online slots sphere, and especially so with brands like mFortune who actually create their own exclusive games. In the past we have seen horror games become movies and vice versa, but which scary films out there would be ideal to adapt as a video game?

Hannibal is one of the most famous horror characters of all time and he has been portrayed in five different films so far. Hannibal “The Cannibal” Lecter to give him his full name, is known for being a serial killer who not only kills his victims, he then goes on to serve them up for his unsuspecting guests to eat. With mobile gaming on the rise, could we see a horror cooking game for fans to enjoy? With so many cooking-based games out there, it would be interesting to see a bloodier one released for horror fans to enjoy.

Now, this film has already made it as a game when Computer Artworks released The Thing back in 2002. However, the game did feel like it had been rushed and was a bit of a let-down in many respects. This opens the door for a proper job to be done regarding a video game adaptation. The original version did a bad job where alien imposters were concerned, and the third-person shooter aspect didn’t really work. A more structured game, with a storyline and a strong cast could see this be a very well received game, especially if it follows the premise of creatures assuming the shapes of its victims.

The Mummy, in many people’s eyes, is a classic film. A group of people led by Rick O’Connell head to the Egyptian City of the Dead, where they accidentally awaken a cursed mummy by the name of Imhotep. So, the group must send him back to the afterlife, before disaster can ensue. This makes a great idea for a third person shooter, in a survival setting. While O’Connell would be the lead protagonist, it could also make sense for other characters to be playable at certain times too, with Evelyn the brains of the group ideal to play a key role in the survival of the group and Egypt itself.

Hobo With A Shotgun

Hobo with a Shotgun wasn’t intended to be a feature film, but in the end, it became one, much to the delight of viewers. It’s a film of revenge, where a man who is seemingly hated by anyone and everyone rises up with a shotgun to get even. Now, this is a great idea for a game because it could be played it out in so many ways. You could take it retro slightly and make it an arcade thriller, it would work as a mobile game too, and you could even move away from the gore slightly and try and add a comedic value.