June 27, 2013 – Los Angeles, CA – Asylum Press and Visionborne have joined forces to produce a slate of animated comics based on popular Asylum Press titles for the Apple iPad and other mobile devices. After the successful launch of fan-favorite Fearless Dawn #1, Zombie Terrors is the next in the lineup to be released exclusively through the Visionborne app that uses Airmid technology, a process that converts static 2D art into a vibrant 3D animated format that can be read and “experienced” using a reader app on iOS and Android.

Zombie Terrors #1 will be free on the iPad with subsequent issues available at .99.

All Airmid enhanced productions retain their original artistic essence in a way that’s totally unobtrusive to the author’s unique form of expression. Unlike other industry approaches, it does not force an artist to learn to use a complex new software suite to create animated content.

Zombie Terrors #1 is available the iTunes store now. It features a gory collection of zombie tales created by an international cast of artistic talent. Frank Forte delivers Beheaded, a tale of a crazed hillbilly who takes trophies off of his zombie victims. In Feast, a gourmet chef is taken hostage by a greedy mob boss. In Hate, a recently turned zombie that still has some semblance of his humanity must confront what he’s become. And finally, to add a little more spice to this gruesome brew, we’re throwing in some awesome pin-ups by horror master David Hartman.

“We’re very excited about the possibility of reaching so many new readers all over the world with these animated comic books,” says Asylum Press President Frank Forte. “Tablet computer ownership is exploding and we want to provide dynamic, top-quality content for comic book lovers. Visionborne’s amazing technology lets our readers experience comics in a cool new way that wasn’t possible before.”

“Asylum Press gives us a great opportunity to clearly showcase our know-how and to create a unique experience in the world of comics,” Francesco Scrufari, President of Visionborne, commented.

The Zombie Terrors #1 teaser trailer is on YouTube at the following link:
http://www.youtube.com/watch?v=UZNNvmDpam4&list=UUJWvsKy-NB_eOMtnQji9QzA

Zombie Terrors #1 will be free and can be downloaded from the iTunes store here:
https://itunes.apple.com/us/app/zombie-terrors-1/id656190348

ABOUT ASYLUM PRESS
Asylum Press is a Los Angeles-based comic book and graphic novel publisher. The company publishes high-concept books from the industry’s top talent within the horror, fantasy, and action adventure genres via a bold new business model that focuses on digital publishing and new distribution outlets in both the American and international markets. Its flagship titles include Fearless Dawn, The Bomb, Chopper, Black Powder, Warlash, and the popular horror anthologies Zombie Terrors, EEEK!, Asylum of Horrors, and Satan’s 3-Ring Circus of Hell. For more information, visit http://www.asylumpress.com.

ABOUT VISIONBORNE
Visionborne is a visual effects and 3D animation company headquartered in Los Angeles. By carefully combining technology, creativity and tradition, Visionborne strives to present new and innovative means to enjoy creative content, and to generate cinema-grade 3D animation at a fraction of the common costs. The company created Airmid, a ground-breaking platform devised to enhance static media content with finely adapted audiovisual details, in a format suitable for iOS and Android devices. 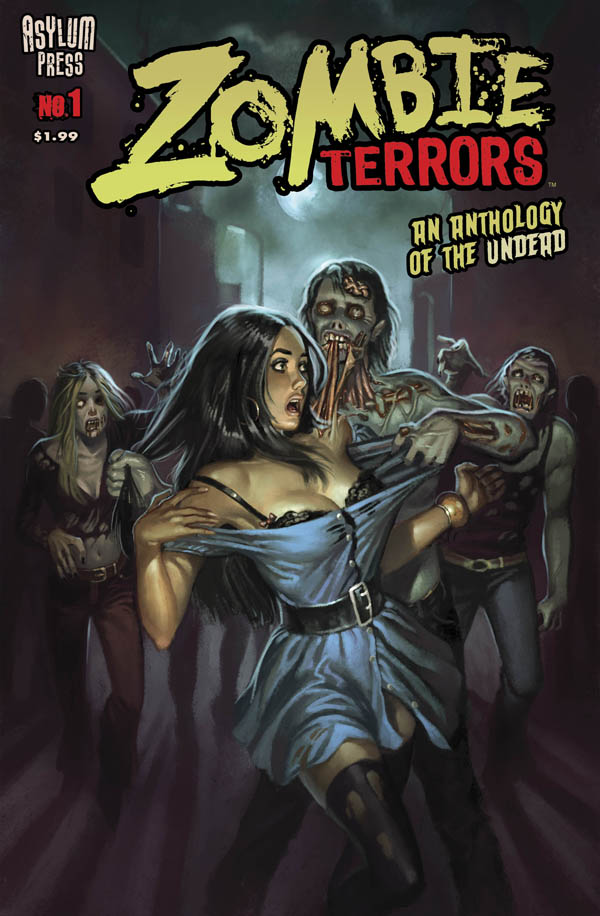