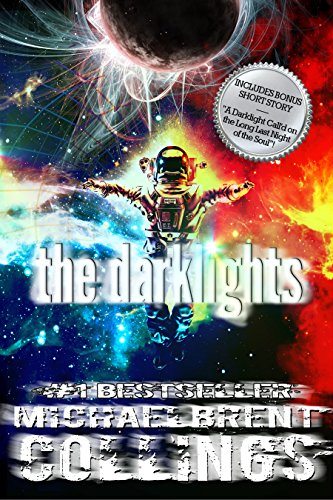 The life of a professional mass murderer can get complicated.

Gerrold is a Fixit. He is the utmost in problem solvers for The Company. The Company is the most powerful organization in the universe with only one real goal: to be profitable. If anyone gets in their way, they send a Fixit to resolve the issue in the most extreme way imaginable. Thousands of lives and entire planets have been destroyed by Fixits. It is Gerrold’s job and he does it better than any Fixit in history. The only real emotional attachments he has are his wife, his children, and his work partner, Alan. Those attachments are about to fall apart.

TF-653 is a planet that is in the process of being terraformed. The planet has something about it that is impossible by any known physical means. The crew of the terraforming station has disappeared and all communication has been lost. It is up to Gerrold to go to the planet, find out what happened, repair the problem, and destroy whatever is getting in the way of The Company’s goals. For Gerrold, the path of getting there and being there ends up to be the ultimate nightmare.

The Darklights is a science fiction horror novel. The world that Michelbrent Collings has set up is fairly horrific to begin with. It is an extreme dystopia where profit to The Company is the only goal and the people are expendable if they get in the way of that goal. Fixits are the ultimate hitmen, so powerful and invulnerable that they can take whatever they want and kill whoever they want yet are totally subservient to the Company. We are repulsed by Gerrold, yet it is to the author’s strength that we begin to feel for him if not understand him, even as he takes actions that seem extreme for the offense in both professional and personal matters. The author does an interesting sleight of hand in presenting two alternating first-person narratives both from Gerrold’s perspective, one titled “Then” and the other “Now.” “Now” gives us the narration of what is happening on Gerrold’s mission to the terraform station. “Then” tells us about his past and the events leading to the mission. They move seamlessly, helped by a clever ploy where the last sentence of one narrative chapter flows into the first sentence of the next narrative chapter. It’s a neat little trick that not only moves the action effortlessly but feels like the ebb and flow of the narrator’s mind as he battles with past and present.

Collings effortlessly blends his science fiction and horror elements but there is also a Lovecraftian feel that becomes evident as we learn more about the phenomena on the planet. This is one of those books that it is best to not give away too much, but one of the ways it works is that the author has already created a horror of a universe due to the human element, only to heighten that horror with a little Lovecraftian supernatural. What really makes this work though is the character of Gerrold. Whether we can become involved in the plot turns on whether we can get into the emotions of a murderous monster and the author manages to pull that off. We may not like him but we understand the twisted emotions and actions that lead to the climax of this roller coaster novel.

The Darklights does both the science fiction and horror elements well. The ending is a bit wild but makes sense in Collings’ strange universe. If one is looking for a tense read of science fiction darkness, this should be first on your to-read list.