Hellnotes Talks ‘Strange is the Night’ with S.P. Miskowski

HELLNOTES: Congratulations on your new collection! Between this and your recent novel, I Wish I Was Like You (which we also discussed here), this has been a busy year for you. When did the idea for this collection start coming together? What was the process like of narrowing down your work in order to compile the final table of contents?

S.P. MISKOWSKI: Thanks very much. It’s been an interesting year so far.

Several months ago I was working on my website when I suddenly realized how many stories I’ve had published in magazines and anthologies over the past few years. I wondered if there were enough aesthetically and thematically linked stories to create a collection, so I began to sort them.

Nine featured a recognizable setting or situation interrupted by a strange and perhaps inexplicable intrusion. Often this interruption broke the illusion of control upon which the characters relied. Very generally speaking, the stories occurred in urban or suburban settings rather than in isolation—apparent safety all around and yet no place to hide.

These nine stories were 4,000 – 6,000 words in length. I knew I needed more for a collection. I’d self-published seven short stories back in 2011 in a little ebook called Red Poppies but I didn’t want to re-use any of those. I also had some older work, including an odd and melancholy tale called “Fur” about a blind date between a dog groomer and a zookeeper. It first appeared in a small press literary magazine, Fine Madness, when I was an undergraduate. Of all the things I wrote back then, “Fur” seemed to fit best with the newer material.

To these ten I added two brand new stories I was working on. Once the collection was accepted for publication my editor, Jess Landry, asked for one more. The thirteenth tale is “Ms. X Regrets Everything,” about a woman in prison for committing unspeakable crimes. The story surveys her life while she awaits the decision of a parole board. What interested me was the idea of an ordinary girl overlooked by all of the adults in her life and then scooped up and indoctrinated by a cult leader, a man who releases her previously controlled rage. Given permission to act out violently, this ordinary girl proves herself capable of extraordinary cruelty. This interruption of a predictable life by a brutal influence seemed to me to fit the collection.

HN: The titular story, “Strange is the Night,” was originally published in Cassilda’s Song (ed. Joseph S. Pulver, Sr.), which is an anthology in tribute to Robert Chambers’s King in Yellow mythos. In fact, the title is itself a quote from Chambers’s cursed play. Why did you choose Strange is the Night as the title for your collection? Do you find that there’s a Weird undercurrent to your work in general?

SPM: In the short story, the title is an intentional King in Yellow reference. I’ve used King in Yellow imagery throughout. For the collection, I think of the title more generally as it captures the sense of impending darkness I wanted to convey. And yes, friends and editors have always identified a Weird undercurrent to my fiction. Even the most mainstream of my early writing seemed to traverse very shadowy places. I’ve always been drawn to horror and crime fiction.

By the way, I owe my introduction to the King in Yellow mythos to Joe Pulver. Before I met Joe I had very limited knowledge of the writings of Robert Chambers and H.P. Lovecraft. I studied their fiction more closely because Joe invited me to submit work to a couple of anthologies. One was Cassilda’s Song and another centered on a detailed history of the Necronomicon. I did quite a lot of reading and research for both before I started writing. This is something I love, the challenge of working in previously unfamiliar territory. For another Joe Pulver anthology called The Madness of Dr. Caligari I watched The Cabinet of Dr. Caligari several times and read essays about the film.

HN: I would never make you pick a favorite story (well, not this time) but I will ask you if there is a particular story in here that you are most excited to have people read? On a similar note, while I know there are no least favorites, is there one story that was more difficult to write than the others?

SPM: I’m fond of “Somnambule,” the Caligari-themed story. My hope is that readers will enjoy its ambiguity and its structure. While several people have zeroed in on the domestic violence in the story-within-a-story, my intention was to create this enigmatic character, Roberta, who might be unreliable in representing her situation to an older woman (who babysits Roberta’s son). She might be unburdening herself to a sympathetic audience, or she might be lying for mysterious reasons. There’s no way to prove or disprove her claims but the details of her story are strange and there are little questions throughout—e.g., who is the man waiting in the car, the last time we see Roberta?

The most difficult to write was “Water Main.” The physical action occurred to me early on, the woman arguing with her boyfriend and then walking away and stumbling into this peculiarly designed building she’s never noticed before. I knew what happened. What I couldn’t identify for a long time was the emotional core of the story. This came about when Mike Davis, editor of Autumn Cthulhu, asked me if I could begin the story with more atmosphere and autumn color. This is the kind of prompt I like. Pushing myself to expand upon the opening scene, I introduced the protagonist’s father as a boy fleeing an invisible monster during an earthquake. Scarred by youthful terror, he grows up to be a fearful adult and an over-protective parent. This formed a central motivating desire in the protagonist—to escape that fearful approach to life, to conquer the habit of seeing danger at every turn. Readers can decide whether or not she makes the right decision.

HN: If you could take a short story from another author currently writing, erase their name, and sneak it into your book as your own, whose and what would it be?

SPM: One? How about two? I could list dozens. But I’ll say “The Chance Walker” by Lynda E. Rucker and “Even Clean Hands Can Do Damage” by Steve Duffy. Basically, I would happily take credit for anything by those two writers.

HN: Finally, what’s coming up on your horizon? Are you going to take a break after a busy 2017, or are you already hard at work on something new?

In the coming months I’ll be writing stories to submit to four more anthologies. And I’m working on a 2018 novel and novella for JournalStone. I couldn’t be happier. 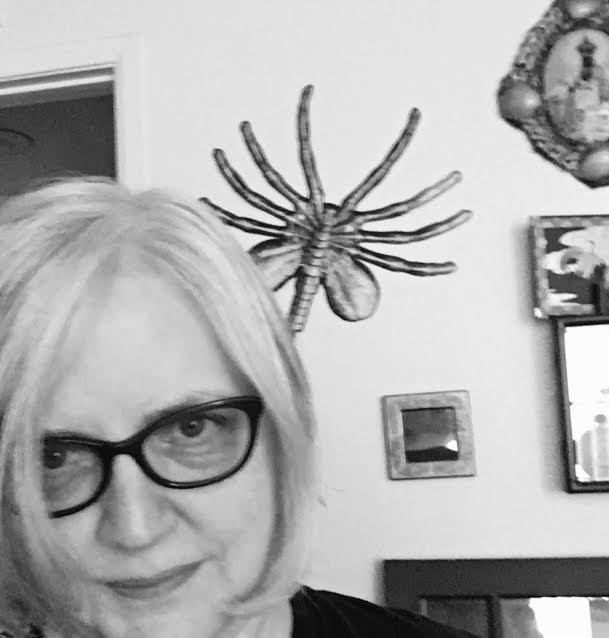 S.P. Miskowski writes fiction. You can currently read her work in Strange Aeons Magazine #21 and the anthologies Looming Low, Tales from a Talking Board, Haunted Nights, and Darker Companions: Celebrating 50 Years of Ramsey Campbell. Her recent novel, I Wish I Was Like You, is available from JournalStone. Strange is the Night (out October 13th) is currently available for pre-order.