A Conversation with S.P. Miskowski on her Latest Novel ‘I Wish I Was Like You’ 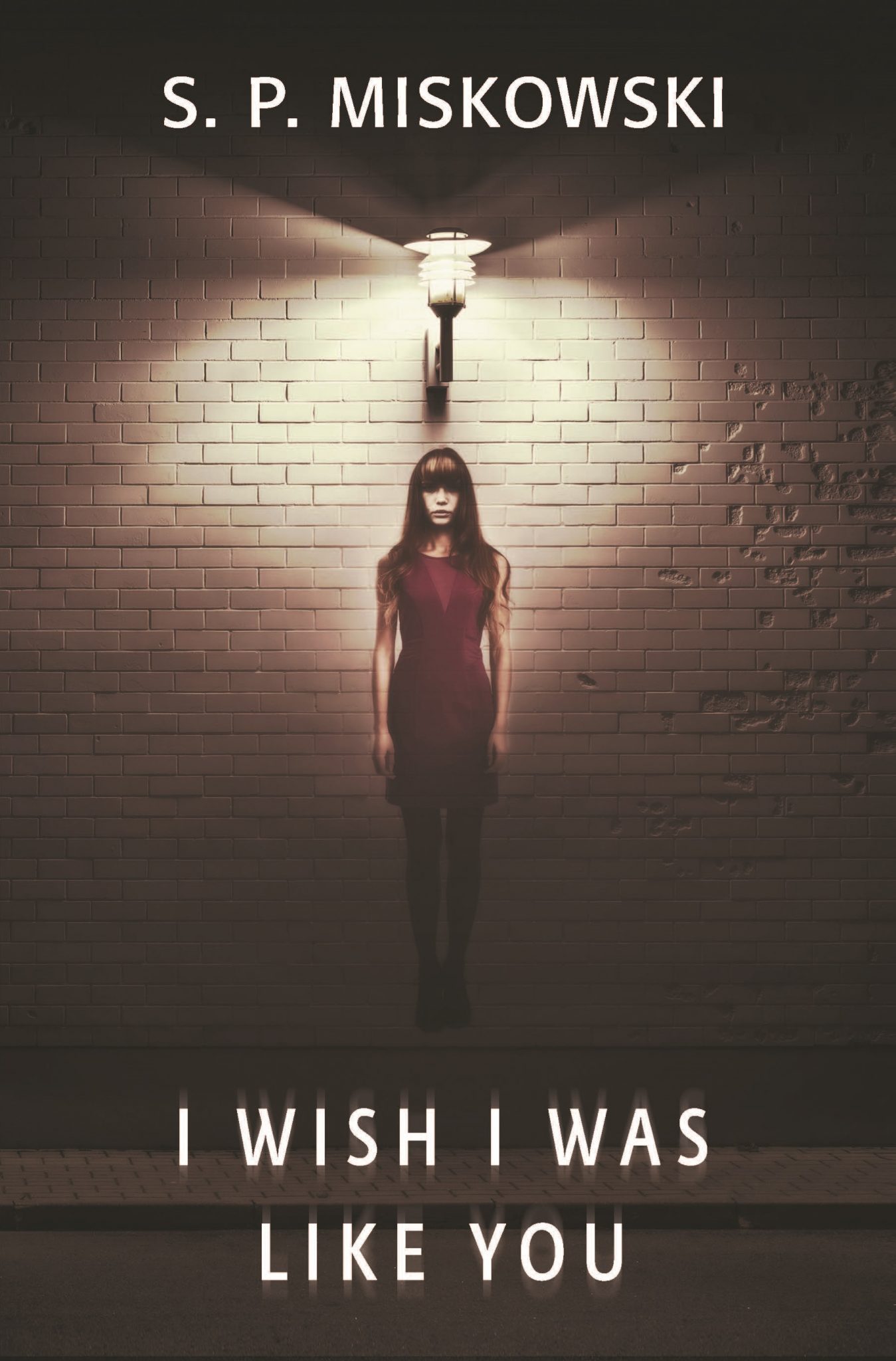 HELLNOTES: Thanks for discussing your upcoming novel I Wish I Was Like You (available July 7) with us! Let’s start at the beginning: What can you tell us about this story that appears to mix a murder mystery and a ghost story? How would you describe this novel, and does it fit into any one genre?

S.P. MISKOWSKI: I Wish I Was Like You is an existential ghost story. My plan was to portray a vengeful female spirit, the kind that wreaks havoc in countless stories and films. Instead of starting with a sympathetic living character and seeing how the vengeful spirit haunts her, I wanted to see how the vengeful spirit came into being. What was she in life? How did she get here? Rather than justifying her afterlife behavior with a traumatic injustice I’ve imagined her as sort of an aimless jerk, a typical late 20th century American girl (like me, like many of my friends). Her lack of purpose after death is largely due to her lack of purpose in life. Her afterlife boredom leads to terrible mischief.

Because I don’t believe in heaven or hell I wondered how to create a fictional afterlife for such a creature. I decided it must be every bit as annoying and apparently pointless as the character’s existence had been. I find the story dark and humorous. Will readers find it so? We’ll see.

HN: It’s clear even just from the synopsis (not to mention the Nirvana lyric in the title) that I Wish I Was Like You’s setting of Seattle in 1994 is more than mere window-dressing. For readers whose minds only conjure up rain and grunge when they hear that description, what is it about this place and time that drew your attention for this story? Does this setting have a personal connection, or perhaps a thematic one?

SPM: Both personal and thematic connections. Thematically I wanted to depict a world where things change quickly, lives are swept away, and yet this change is a constant state of being to which even ghostly spirits must yield. Personally I lived in Seattle for 20 years beginning in 1988.

When I arrived the place was at a tipping point (one of its many historical periods of rapid development), and not yet acknowledged as a tech giant. A surprising amount of newsprint was still devoted to ‘those darn sea lions’ down at the Ballard Locks. If you walked downtown on a Sunday morning it was a drowsy place. You could hear sea gulls screeching. I knew poets who rented rundown penthouse apartments for $350 a month. I knew musicians who paid a couple of dollars an hour for rehearsal space. Everybody wasn’t just a playwright, musician, or poet. They were also producers, sound engineers with basement studios, or micro-press publishers.

Straining against the do-it-yourself artistic culture was a new prosperity among people who had invested in the first days of Microsoft. The next wave, the software boom, was about to begin. Already by the early 1990s the city was attracting entrepreneurs from other cities. In a few years Seattle was going to be start-up central.

During the period in which I Wish I Was Like You is set, there were ongoing clashes between people who imagined a much bigger city where they could make a lot more money, and people who realized that the gentility of their circumstances would soon be destroyed by the affluence of more ambitious residents. I found these juxtapositions fascinating. I’ve tried to portray this sense of a location sliding inexorably toward a different way of life, and the strange loneliness of people caught between these worlds.

SPM: Raymond Chandler has been an influence since I first read his novels in my early 20s. My identification with the world-weary detective was strong, back then. I shared that desire for people to do the right thing combined with an expectation that they wouldn’t. I recognized the skepticism of the middle-aged man.

In this book’s protagonist, Greta, I found a voice for the world-weariness I felt at her age. Her youthful, snarky commentary is a worthy match for her mentor, a crime fiction writer with whom she has a lasting connection. Throughout the book, Greta is telling the story of her life, death, and afterlife. She recalls the sage advice of her mentor every time she breaks another rule of crime fiction to tell the awful truth.

HN: What was your process like in writing I Wish I Was Like You? Did you outline it beforehand or make it up as you went? Along those lines, were there any specific parts of the novel that you found easier or harder to write?

SPM: My process goes like this: I fill notebooks with ideas, images, themes, and questions. I keep reading and researching a certain subject, in this case Seattle in 1994 (a place and an era I also experienced). I’ll have some chapters or scenes in mind, so I sketch those out and find a rough order for them. Eventually the book’s point of view will occur to me.

At this point I outline what I know about the whole book, leaving blank spots where I think something happens that I can’t yet identify. The outline is like a compass. I never feel I have to adhere to it. The point is to write it, see where I am, sort of getting the lay of the land. I might outline a book 20 times, making adjustments and moving on. This is how I wrote I Wish I Was Like You.

The scenes set at the weekly paper where Greta works were easy to write. I had fun. The early days of my brief career at a successful weekly provided the backdrop, the texture for those sections. But the paper I’ve portrayed is fictional, and it isn’t at all successful. The fictional paper Boom City is a cheap knockoff, a wannabe; its publisher aspires to the success of other weeklies, expressing another theme of the book, which is envy and how far it will drive an obsessive person. In the newspaper scenes I hope I’ve captured some of the sheer craziness of a youthful enterprise, as well as the frantic energy and ambition of the era.

HN: Do you have a favorite line or passage from I Wish I Was Like You that you feel either captures its tone or will pique readers’ curiosity to the point where they can’t help but rush out to pre-order it?

SPM: “Regardless of the slant our gossip took, one thing was consistent; we blamed the dead guy. People always do. It’s a way of siding with life, with energy and bouncy tits, a way of stepping back from death, mocking anyone who seems tired, weak, depressed, or just too goddamn eager to lie down. It’s a way of pretending to be on friendly terms with good fortune.”

HN: You’ve been entertaining readers with novels, short stories, and novellas for years (including your recent Shirley Jackson Award-nominated novella Muscadines). Drawing on your wealth of experience, what piece of writing advice would you give to our readers who are also writers? What was the best piece – or the worst piece – of writing advice you’ve been given?

SPM: The worst advice is, “Write what you know.” Instead, I’d say, use what you know or have experienced to inform what you write, and make it seem true. The second worst advice is, “Show, don’t tell.” Almost all novels are a delicate balance between showing and telling. Show what’s engaging, in the moment, and tell to compress time, comment on the action, or create an interesting juxtaposition. Today’s readers know thousands of storylines, combining what they’ve read and what they’ve seen on TV and online. There are places in a story where you can skip what happens next because we can all guess. Move on to the next part of the story you want to show. This approach isn’t exactly right for every kind of book but it’s valid if you’re writing a modern tale with an understanding that your readers will be savvy in their appreciation of storytelling techniques.

SPM: The collection Strange is the Night comes out in September. The last two stories I submitted to anthologies centered on the same characters. I’m not sure but I may be writing an episodic novel featuring these characters, a woman in her 30s and her twin daughters on a road trip. The girls try to piece together the reasons for the apparently endless journey they’re on. I also have several short stories in progress but then I always do.

Also, I want to write something about exchanged identities. Is that abstract enough? 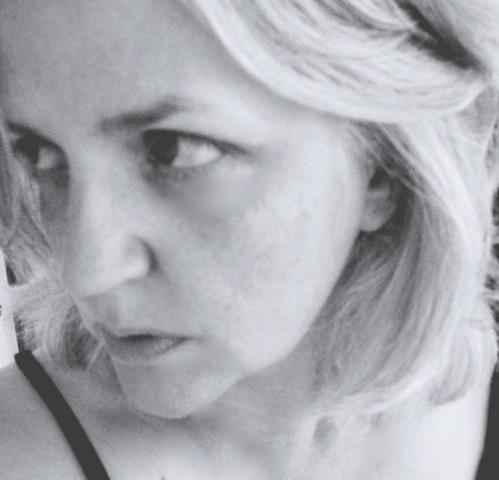 Bio: S.P. Miskowski has been nominated three times for a Shirley Jackson Award. Her story collection Strange is the Night is forthcoming from JournalStone in September. Her four-book series the Skillute Cycle is published by Omnium Gatherum. Her stories appear in Supernatural Tales, Black Static, Strange Aeons Magazine, The Madness of Dr. Caligari, Haunted Nights, Looming Low, Autumn Cthulhu, Cassilda’s Song, The Hyde Hotel, and Darker Companions: Celebrating 50 Years of Ramsey Campbell. Muscadines, her 2016 SJA nominated novella, is published by Dunhams Manor Press with cover art and illustrations by Dave Felton. Miskowski has an MFA in Theatre from the University of Washington. She’s received a Swarthout Award for short fiction and two National Endowment for the Arts Fellowships.