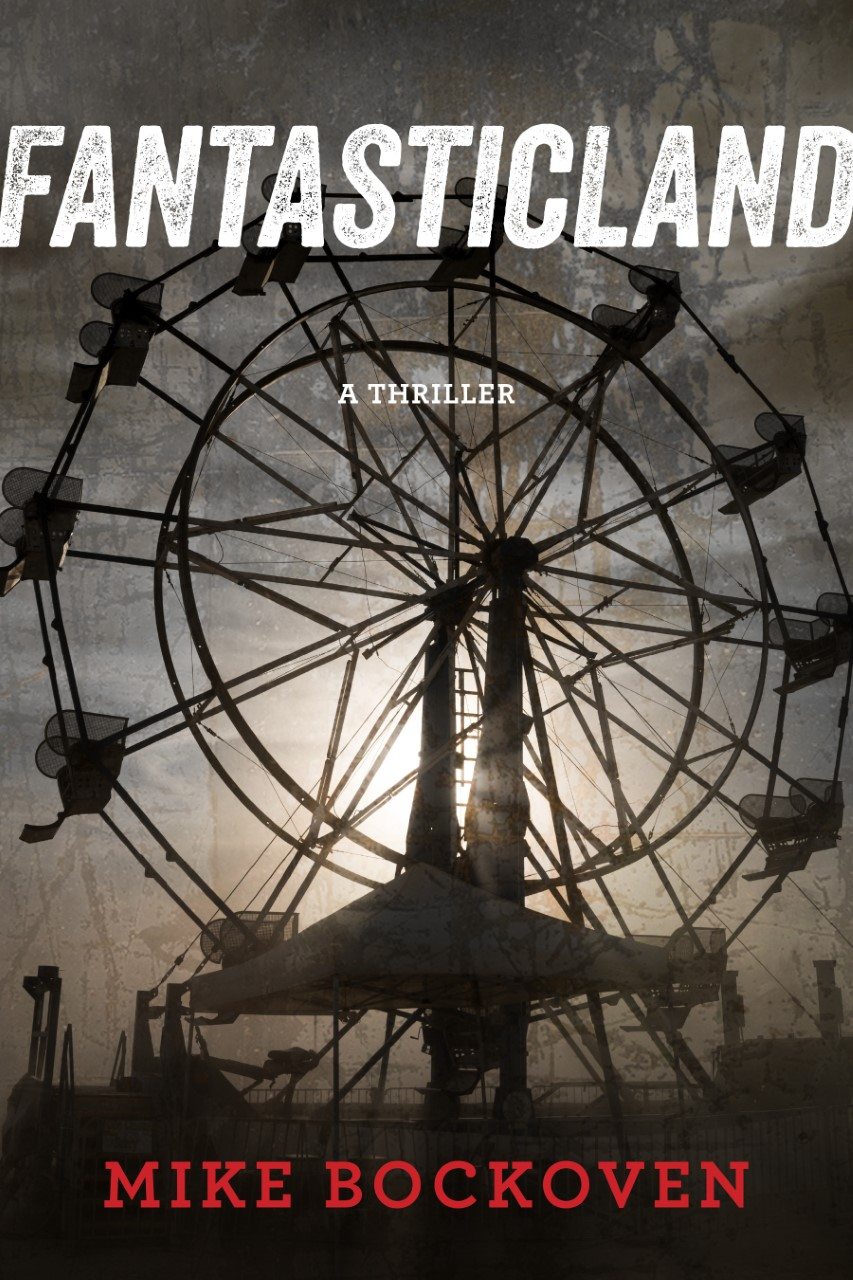 Prior to receiving his debut novel, I’d not heard of Mike Bockoven. Having read FantasticLand, I’ll not forget the name.

As someone who reads and reviews a lot of books, I’ve learned that press releases, synopses, back-cover copy and the like are not reliable indicators of quality. Usually—when promotional materials originate with mid-size to large publishers—the author has no hand in the matter. Hit-or-miss seems to be the rule. With FantasticLand described as “…Lord of the Flies meets Battle Royale…” I took a deep breath, sighed, and began reading.

FantasticLand chronicles 35 days of hell on Earth in the eponymous theme park, a Disneyesque icon opened in 1970s Florida. Admin policy forbids employees, most of whom are twenty-somethings, from carrying electronic devices. When Hurricane Sadie hits the Daytona Beach area, storm surge isolating the park, the workers project their inner fantasies and fright onto outer darkness.

At this point, the author might have opted to tell the story from some remove—like third-person POV. Given Bockoven’s narrative tension, deep mining of psychological triggers and clinical prose, the novel might very well have succeeded. But we aren’t granted that relative comfort, for FantasticLand gives us the complete blow-by-blow via journalist Adam Jakes, whose fact-finding interviews with the survivors immerse us into personal perspectives, whether we like that or not. This collage-like weave provides camera-eye urgency—and spares us nothing.

What most drew me in, beyond the promise of a well-told story, was a compulsion to see what this Bockoven guy was made of. Was he intelligent? A pulp-meister offering Z-movie fluff in book format? Since I already leaked my answer, all you need do is trust it.

Obviously, the author is someone who’s given serious thought to the effect—good and ill—“social” media has on us all, particularly those born after 1990. What happens when people in this age group are cut off from accessing the internet and expressing cyber-selves even partly at odds with who they really are? In the FantasticLand park itself, already a surreal mix of historical and pop-cultural structures, characters, and imagery, then mostly flooded and empty under rainy skies, what happens when less-than-fully-formed identities are forced to endure a month with no external contact?