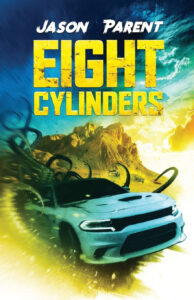 Our protagonist Sebastian ‘Seb’ McAlister has finally run out of luck in Sin City—Las Vegas. We find him in the middle of a deal with gang leader Ling; Seb had already made up his mind that he was going to rip off Ling—at least until the point when he discovered Ling had arrived with nothing on him. Ling only has a few kilos of cocaine to barter with, and nothing else.

Seb knows if he wants to live, he must keep moving. He has worn out his Vegas welcome card and there are several people far badder than Ling out there who could make his life hell. When Seb comes across his escape vehicle, his souped-up Dodge Charger, he finds his partner sitting inside it. From the bullet-sized hole in the windshield and blood leaking down Carlo’s face, it’s easy to infer that Carlo has bought the farm and Seb is on his own.

Once behind the wheel of his Charger, Seb uses all eight cylinders of power underneath the hood to outrace his opponents. What he does not expect is the feeling he experiences, like something out of a PTSD flashback. Everything disappears around him, like a mirage in the desert, and he awakens in a small community located somewhere within the mountains. Also located there is a creature that looks like it stepped off the pages of an H.P. Lovecraft story. No one in the village has been able to get away from this creature in one piece.

Standing in the valley of the Mountains of Madness, Seb realizes he has just somehow moved from the frying pan directly into the fire. Cthulhu was a god, whereas this creature is just territorial and hungry. What follows is a mash-up of Lovecraft and Death Race 2000 as Seb and his souped-up Charger aim to outrun the tentacled creature and hopefully get back to reality—or at least something resembling civilization.

EIGHT CYLINDERS is a wild ride and a quick read. Jason Parent is apparently having a lot of fun with this novel, and it shows on every page.