Women in Horror: “The Baron of Bourbon Street” at the Wicked Library 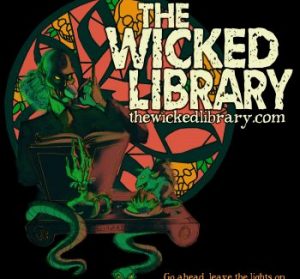 Alfonse de Cartier is the modern day descendant of one of the greatest mambo priestesses New Orleans has ever seen. Unfortunately for Al, as his colleagues at the New Orleans police department call him, all that made his forebear great has eluded him. That is, with the exception of the family patron, the Lwa of Death, the Lord of the Crossroads, the Baron Samedi himself. A series of unusual deaths become a test for de Cartier as his patron, the Baron, tries to enlighten him on the basics of the uncanny art of dying, while the Baron Samedi himself must deal with a presumptuous adversary who would seduce him and rob him of what is rightfully his.