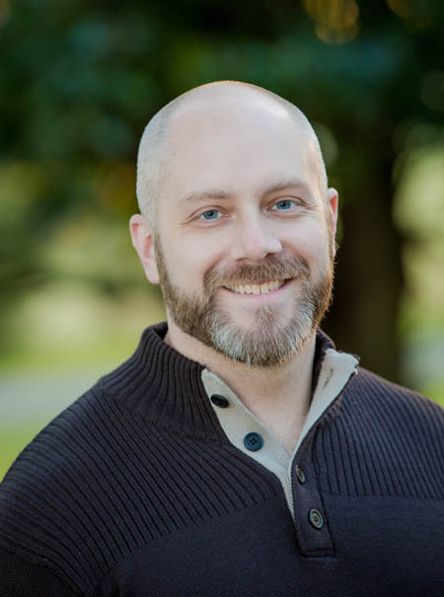 My inspirations come from all over the place. When I think of my favorite horror properties, I split them pretty evenly between a handful of mediums. Plenty of novels and movies on that list, but for a slightly more niche, but no less terrifying thread, you need to look at the world of video games.

For anyone interested in diving into the depths of horror video games, here are a few of my favorite titles to get you started. Seeds of these games, and plenty of others, have helped shape the themes found in my novel, Still Dark.

Every once in awhile, just for a laugh, I put together a list of my top ten favorite games of all time. Depending on my mood, some of the picks shuffle in or out, but Silent Hill 2 always hangs around, and I can’t imagine it leaving anytime soon. It’s easy to see why. For anyone who hasn’t delved into the grimy, otherworld of Silent Hill, there’s no better place to start (or end) than part two.

The series has a bizarre, labyrinthine history which, while not without its charms, can get in the way of the scares from time to time. SH2 does away with all the backstory, leaving you with a wonderfully simple setup: Several years after James’s wife dies, he receives a letter from her that leads him to Silent Hill, a town that is seriously messed up. What follows is an exemplary example of slow building dread, all wrapped in a grotesque art style and dripping with symbolism. You could spend years analyzing all the tiny details of this game (and people certainly have).

Not many series can boast a 6th sequel as one of their best, but the long running Resident Evil franchise certainly can.  As the third successful re-imagining of what Resident Evil is, Part 7 throws the series into a first-person perspective to terrifying effect. Exploring the dilapidated Baker mansion feels like being forced to spend time with the family from Texas Chainsaw Massacre. It’s gross, tense, and scary as hell.

While there’s a good argument to be made that RE 4 is the pinnacle of the series from a gameplay perspective, there’s no denying that RE 7 is the most frightening.

This is an odd outlier on my list, namely because it was the only game that was too scary for me to finish. To explain that baffling statement, let’s go back to 2003. J-Horror had invaded US theaters with films like The Grudge and The Ring. There was something so new and horrifying about the broken-neck, black-haired-ghost aesthetic that really struck a chord for me.

Suddenly, with Crimson Butterfly, I was in that world, wandering around and waiting for the restless spirits to leap out of the dark with yet another ear-drum splitting jump scare. It was a bit cheap, sure, and I’m sure I would probably have no problem playing it today. But for that one slice of time, this game was a perfect storm of terror that hit me harder than I was expecting it to. Maybe one of these days, I’ll give it another go.

Outlast – Asylum horror where you literally have no way to fight back. All you can do is run.

Alien: Isolation – The game that succeeded in making the Xenomorph scary again.

Eternal Darkness – Up to now, this is probably the best example of Lovecraft in a video game. A bit cheesy, but you have to admire a game that messes with the player by telling them it deleted their save file. 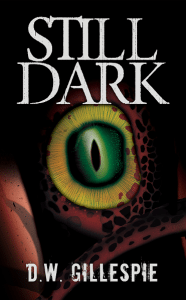 When a thunderous explosion rocks an idyllic cabin resort in the Great Smoky Mountains, animals and humans alike begin to act strange. Jim, along with his wife Laura and son, Sam, are cut off from the outside world, but they soon realize the true nightmare is just beginning…

Deep in the snow-covered woods, something is waiting. The creature calls itself Apex, and it’s a traveler. Reading the minds of those around it, Apex brings the terrifying fears hidden in the human psyche to life with a singular purpose: to kill any that stand in its way.

Locked in a fight for their lives, Jim and his family must uncover the truth behind Apex, and stop the creature from wreaking a horrifying fate upon the rest of the world!

ABOUT THE AUTHOR — D.W. Gillespie has been writing dark fiction in one form or another since he was old enough to hold a pencil. He’s been featured in multiple horror anthologies, both in print and online. Still Dark is his debut novel, and his second book, a short collection titled Handmade Monsters, arrives in 2017. He lives in Tennessee with his wife and two children.