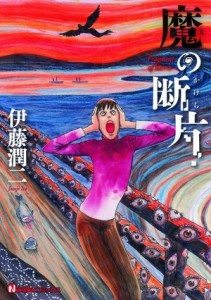 VIZ Media, LLC (VIZ Media), the largest distributor and licensor of manga and anime in North America, expands its catalog of horror manga (graphic novel) titles with the acquisition of Junji Ito’s FRAGMENTS OF HORROR.

The title marks the creator’s return to horror following an eight-year break from the genre, and it will receive a deluxe hardcover treatment for the North American release. FRAGMENTS OF HORROR will debut in the summer of 2015 under the company’s VIZ Signature imprint and is rated ‘T+.’

“A long anticipated new offering of bizarre and disturbing short stories from the unique mind of Junji Ito awaits readers next summer,” says Leyla Aker, Senior Vice President, Publishing. “Ito adeptly creates scenarios that are at once surreal, unsettling, and often terrifying; and FRAGMENTS OF HORROR is sure to become a must-read for true horror aficionados and manga fans familiar with his prior works like GYO and UZUMAKI. We look forward to new as well as existing manga fans and readers discovering this potent forthcoming release!”

Manga creator Junji Ito made his professional debut in 1987 and since then has gone on to be recognized as one of the greatest contemporary artists working in the horror genre. Ito’s influences include classic horror manga artists Kazuo Umezu and Hideshi Hino as well as authors Yasutaka Tsutsui and H.P. Lovecraft.