Vault Comics announced their 2018 Emerald City Comic Con (March 1st – 4th) lineup of exclusive items, creator signings, panels, and live stage interviews. This year marks Vault’s one year anniversary, and to celebrate, the publisher is pulling out all of the stops with an expansive presence at the convention. Emerald City Comic Con attendees can find Vault at Booth #1601 on the show floor. 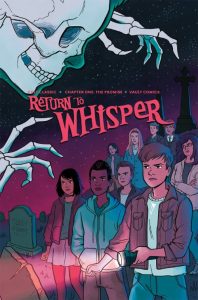 In 1997, a group of teenagers discover a treasure of immeasurable wealth. Fearing that their newfound fortune will be stolen from them, they make a pact: One day they’ll all come back as adults, divide their riches, and live happily ever after. Now…fifteen years later, they have returned. Not to uncover a fortune, but to bury a friend. From Eliot Rahal (Ninjak vs. The Valiant Universe, The Paybacks) and Felipe Cunha (Flash Gordon, Turok) comes the first full-length series in the much-anticipated Cult Classic Universe! 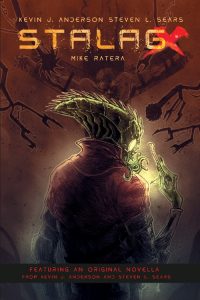 NY Times Best-selling author, Kevin J. Anderson (NAVIGATORS OF DUNE; TALES OF THE JEDI), and veteran screenwriter and producer, Steven L. Sears (XENA: WARRRIOR PRINCESS) craft a tale of survival in STALAG-X. Joe Human is taken to a harsh P.O.W. camp on a distant planet where he will be examined, tortured, and forced to endure experiments that rip into his very mind, as the alien Krael seek to answer the question: What is human? A question that, in their hellish situation, the prisoners are finding harder to answer.