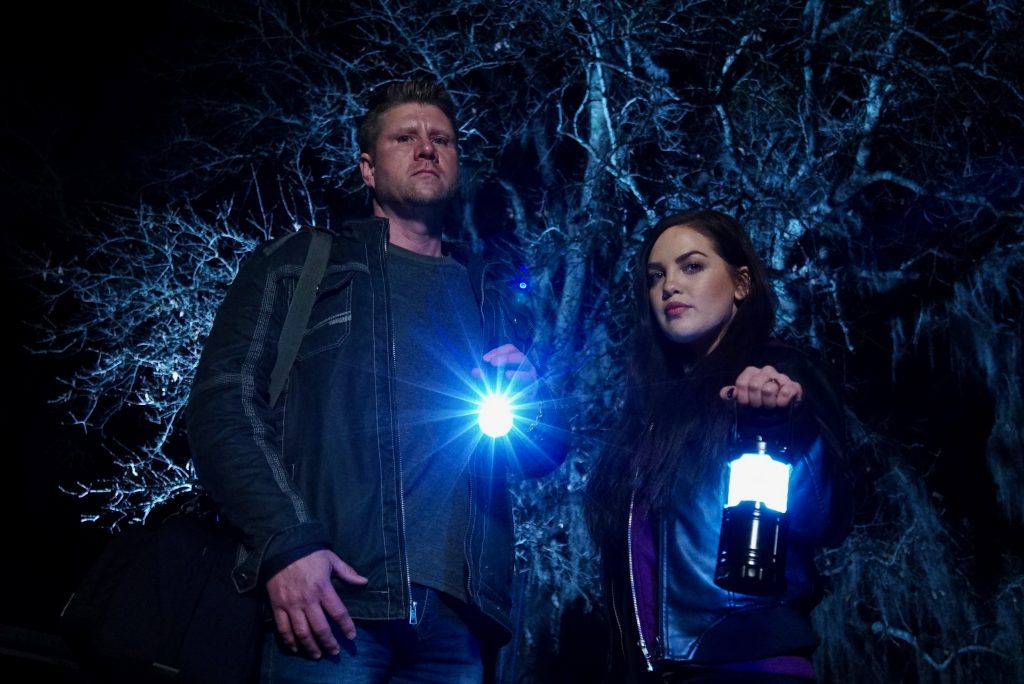 Paranormal pioneer Bob Magill and empathic investigator Tina Storer take on frightening, personal hauntings in America in the cult classic Ghost Bait, lured back to television and premiering on Travel Channel on Thursday, April 4 at 10 p.m. and 10:30 p.m. ET/PT with 12 half-hour episodes. Using a shocking but effective method of isolation combined with sensory deprivation, the duo helps people overcome their fear of intense paranormal activity. After conducting their own paranormal investigation, Magill and Storer use their findings to elevate a client’s fear level and then use that terror as bait to draw out the entity and force a confrontation. By facing their worst fears head on, Magill and Storer believe the living can overpower the negative forces around them to reclaim their sense of peace and control.

“Bob and Tina are two of the most dedicated paranormal investigators out there, and the unique way they conduct their investigations will keep you on the edge of your seat. And fans can’t help but root for the haunting victims as they’re forced to face their worst fears,” said Jane Latman, General Manager, Travel Channel.

In the premiere episode, Magill and Storer travel to the historic Brookdale Lodge in Santa Cruz, California, to investigate claims of an evil spirit bullying an employee named Agnes. The paranormal investigators discover the once-famed hotel has a dark history filled with mysterious deaths and corruption. Agnes must overcome her deepest fears and challenge the oppressive entity plaguing her in order to continue her livelihood at the hotel. Isolated in the pool room, an area known for frightening activity, Agnes confronts the entity – alone. In the second episode of the night, Magill and Storer head to Monongahela, Pennsylvania, to investigate claims of paranormal activity terrorizing a young couple in their new home. During a chilling late-night investigation, the duo come face to face with a mysterious presence in the woods and capture a terrifying voice inside the house that repeats the phrase, “in a portal.” As a last resort, homeowners Jason and Nina are forced to confront their fear of the evil demon in order to reclaim their house.

Check out Ghost Bait on TravelChannel.com for behind-the-scenes videos, photos and more from the all-new series.

Bob Magill developed his interest in the unknown at a young age after his first paranormal experience.  As he grew older, he obtained his Master of Social Sciences focused on psychology, anthropology and sociology and became a licensed therapist. Determined to interweave his love of helping people and his obsession with the paranormal, Magill decided to create the web series Ghost Bait in 2011. Combining state-of-the-art technology with his therapeutic background, he helped genuinely terrified people who were experiencing intense paranormal activity in their lives. Magill believes he is fulfilling a calling to help others who are experiencing the phenomenon he did as a child.

Ever since her first ghostly encounter at the age of 14, Tina Storer has been fascinated with the paranormal. Although she’s known from early on that she was in tune with the other side, she was deathly afraid of the unknown. It wasn’t until she immersed herself in the world of ghosts and entities that she was able to overcome her fears. Storer has been investigating the paranormal for over 10 years and has made it her mission to help others also overcome their biggest fears by facing them head on.