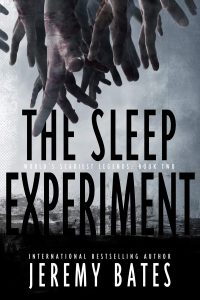 At the start of the Cold War, there was purportedly a controversial sleep experiment that took place within the Soviet Union.  Some call it an urban legend; others have chosen to dig deeper to uncover the alleged testing where several subjects were subjected to sleep deprivation for an extended period of time.  What made things interesting about this story is that the five political prisoners ‘chosen’ for this experiment were kept inside a gas chamber while an untested stimulant gas was pumped in that assisted the subjects in staying awake.  They were monitored for a total of fifteen days, in which none of them slept a wink.

On the fifteenth day, the scientists running the experiment entered the sealed gas chamber, and what they discovered was a horrific vision akin to what it might feel like stepping into hell.  Feces-filled paper was torn from books and pasted on all the walls and two-way mirrors. There were several inches of blood and other fluids on the floor, most likely from the self-mutilation and disemboweling that took place.  It is also alleged that the subjects had been talking to each other in ‘dark terminology’ completely unlike their own personalities.

This oft-shared horrific legend has been passed down for years and made into short plays, short stories, and films.  Now, in 2019, horror/thriller author Jeremy Bates has taken this story and updated it with a modern setting and characters.  THE SLEEP EXPERIMENT is the second novel in Bates’ World’s Scariest Legends series.  Bates has made a nice career and achieved best-seller and award-winning status with novels that have fictionalized some of the actual scariest places in the world like the Catacombs in Paris, France, and the Island of the Dolls in Mexico.

THE SLEEP EXPERIMENT is set in the year 2018 at UC Berkeley in California.  Prior to the prologue, we are treated to a statement from author Stephen King, the legend to whom Bates has frequently been compared.  The start of it goes: ‘There’s something in us that is very much attracted to madness. Everyone who looks off the edge of a tall building has felt at least a faint, morbid urge to jump.’  That statement slices right to the heart of a secret fear held by most ‘sane’ people.  The majority of us fear that we are just a little push away from snapping and taking that dive—either physically or psychologically.

Dr. Roy Wallis, esteemed psychology professor at UC Berkeley, is behind the sleep experiment that is mostly secret, and done in a basement location somewhere on campus.  His two subjects, a male and female each from Australia, are kept in a contained living environment where they exist breathing air that includes a unique stimulant pumped through it.  His goal is to keep the subjects sleepless for 21 days, and he posts an advertisement to hire two assistants for a three-week assignment in which he and the two hires work 8-hour shifts for the complete 21 days and share notes on what they observe.

The two assistants are Penny, an Asian student with a big crush on Dr. Wallis, and Guru, a male Indian student who shaves his head completely bald as part of psyching himself up for this intense short-term job.  The test subjects are Chad, a would-be actor, and Shaz, a well-read young woman still trying to find herself.  When Dr. Wallis’s two assistants make reference to the Russian sleep experiment, he brushes it off as mere legend and nothing worth comparing to the work they are doing with Chad and Shaz.  However, when the two subjects begin depicting signs of behavior similar to the alleged mental breakdowns the Russian subjects experienced, Penny and Guru begin to question their participation in the Sleep Experiment, as well as the moral implications of what they are putting their subjects through.

Jeremy Bates infuses THE SLEEP EXPERIMENT with consistent suspense and a horrific finale that will leave readers reeling.  Dr. Roy Wallis will stop at nothing to see that his experiment sees itself through to the 21-day finale at any cost—even if it means ‘silencing’ his own assistants or anyone that could potentially jeopardize his vision.  This novel is another intriguing entry in Bates’ series that is must reading for horror fans who enjoy their thrills mixed with actual scary legends or locations that are wide open to authors with his fertile imagination.