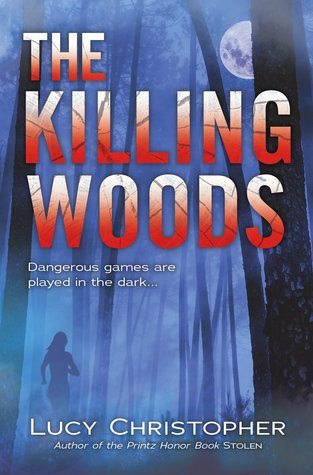 Review: The Killing Woods, starts off like a shot in the dark, bringing with it mystery, death and murder…

In the dark, shadowed forest of Darkwood, night falls and a secret game begins. In the still of night, death falls upon the forest floor, burying with it memories, secrets and the truth, thus beginning the psychological thrilling chase of who’s done it, and who really is capable of murder.

The story is narrated by Emily and Damon, two of the unlikeliest of characters to team up, who enter into a silent resolve to solve the murder for themselves.  Emily is the daughter of the ex-combat soldier who is accused of the murder, and Damon is the last one to see his girlfriend alive.

Heartfelt and raw, the emotional angst surfaces as new and unanswered questions are brought forth,  and the suspect list builds along with the mystery.  As equally as Emily believes in her father’s innocence, Damon protests.

For Emily, dealing with a combat veteran father, coping with PTSD seemed hard enough, until that night when she saw her father emerge from the woods with a girl draped across his shoulders like an injured deer. More shocking than the pale gray skin and blue tinted lips of the dead body was the fact that Emily’s dad can’t remember where he found her or why he has her.  Charges of manslaughter fall upon him, leaving Emily as the only one trying to discover what truly happened to Ashlee.

For Damon, more questions arise as time passes. He can’t keep silent the regret and fear that lurks deep in his subconscious. The nagging truth lays just below the drug induced fog of that evening. Damon knows he should hate Emily for what her father did but he just can’t understand why he feels compelled to speak to her.

Fractured memories are like the fractured light that seeps through the forest trees. Truth lies in the depths of their minds, and the only way to heal is through discovery of the truth, awakening a part in all of them that must discover what really happened that night.

Like a howl piercing the dead of night, Lucy Christopher takes you on a vivid, wild, imaginative ride. She musters the courage to shed light on the issues of drugs sexuality and dangerous games. Her writing is hauntingly realistic as she unearths the dark side of PTSD and the lasting effects that it has on the families that survive with it. With her dark and murky mystery, Lucy Christopher teaches us that truth is not always as it first appears, highlighting the dangerous consequences of a new epidemic among teens.

The Killing Woods, hunts you down like a hunter in the forest stalking its prey, baiting you with each chapter to continue down the path, keeping you from looking away even for a moment, asking the question can the Mind be the ultimate killer?