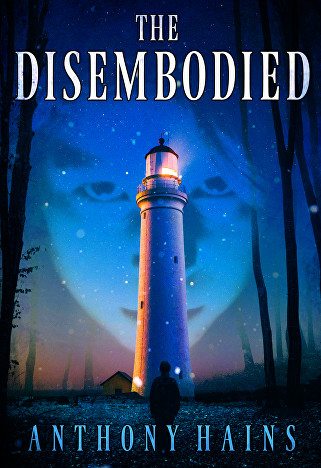 Anthony Hains is known for weaving a good tail — The Disembodied is his third title on the market and the best to date. The novel is part mystery, part thriller, part paranormal, and all quality writing!

When Griffin’s abusive father died, his life went from bad to worse. At 13 he’s been diagnosed with Depersonalization Disorder. This has caused him to feel from disconnected from his body and nothing ever feels right. If you thought that was bad enough, imagine now having a young redheaded child starting to show up that only you can see or hear. Now, imagine that child is a character in the story of one of your grandfather novels who writes ghost stories.

The pages deliver not only a compelling character but an original paranormal story that will have your eyes glued to the page as you’re trying to figure out exactly what is going on.

While the character development on Griffin is top notch on its own, it truly starts to shine when you see the relationship that he has with his grandfather. Obviously grandpa Soren has been a strong influence on Griffin’s life and as you see it play out on page it is quite obvious as to why. Honestly, the relationship between these two characters feels like something you would be able to experience with your own family, assuming of course that you have family that you’re close to.

While the abusive father is out of his life, Griffin’s probably are only beginning with this red headed child who really becomes a problem for our leading character.

The story is a slow burn and in all honestly, when horror can pull off a slow burn, I believe it is the most effective way to bring up the dread that our characters have to be going through. Even with a slow burn, the pacing is excellently plotted out. I must say, the tone, mood, and setting are all brilliantly built up and the climax will leave you wishing you had taken the time to have read it just a little slower to enjoy it that much longer.

Disclaimer: Anthony Hains is a sponsor of the JournalStone Network.