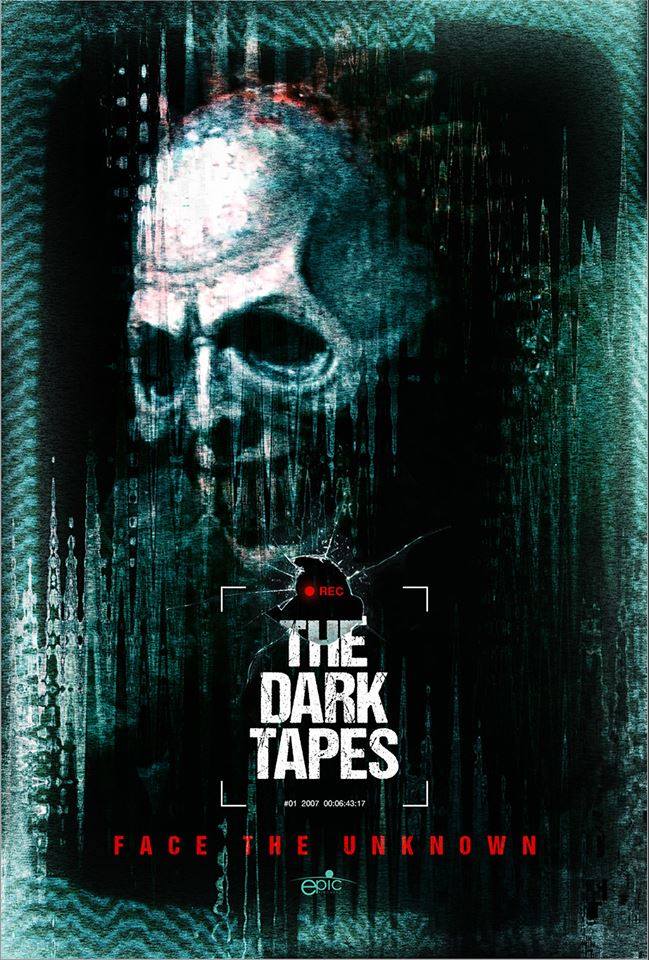 Whenever I get an independent horror movie, I usually prepare myself for something super cheesy, with a weak storyline.  I listen for inflection in the voices of the actors, and I wonder how much was spent on production. None of that happened during my viewing of The Dark Tapes. I instantly fell into line, watching the strangest of things take place and, not once did I worry about the acting (though they did come off cheesy at first). I didn’t worry about the effects (they were on point), and the story- Phenom!

It all begins with a mysterious voice stating: “Humanity is getting closer to the truth. To us. We won’t let that happen.” You’re then dropped into the storyline, Tape #01, where a man and woman are inspecting a room with damaged equipment and a bit of blood. The acting’s typical for indie filming, at first, but things change. The intro-beginning is a story in itself, but the next chapter, Tape #02, is where the GOLD is struck!

Between scribbling my notes and staring in awe of the sheer ingenuity of it all, I kept telling myself, “This is going to be good!” The Dark Tapes is an agglomeration of stories, collected on recordings. Horror stories. Each tape holds an original tale, more gruesome than the next, and I eagerly enjoyed them. The special effects were creepy and haunting, sharing flickers that linked the stories to each other, making the movie an infinite circlet of terror.

The Dark Tapes releases on April 18th, 2017 but pre-orders begin on the tenth on iTunes. Visit The Dark Tapes website and be sure to watch the trailer as well.