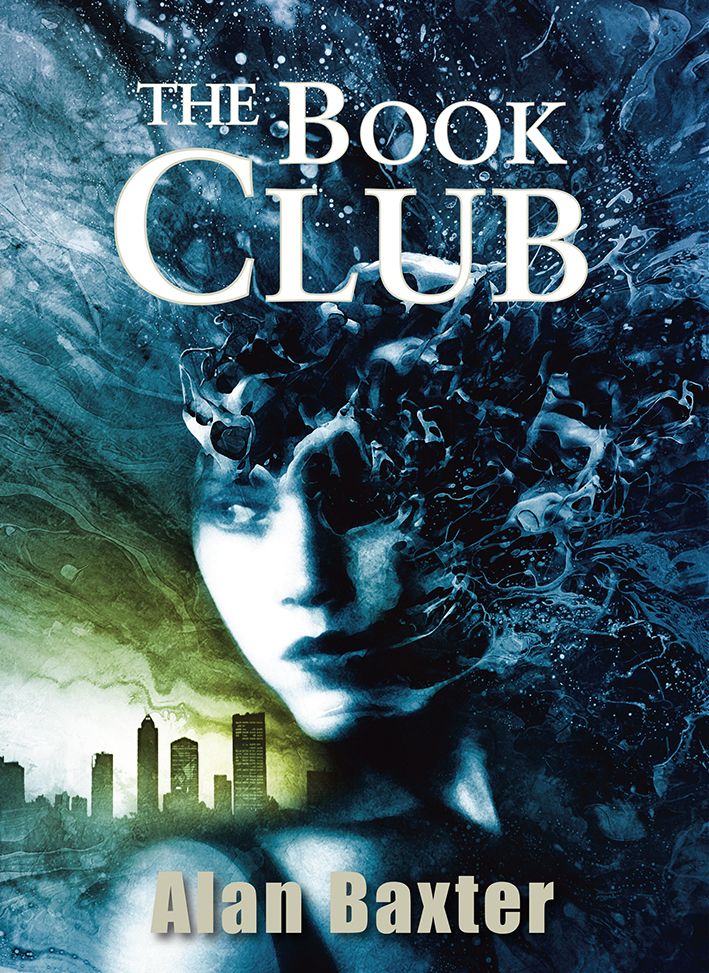 “I did what I suspect everyone does in a situation like this. I waited.”

And with that we are introduced to the world of Jason Wilkes, devoted husband and father, whose life abruptly veers into terror.

In The Book Club, Alan Baxter masterfully manipulates the transition from rather bland, everyday reality to a larger universe of darkness and the unknown. It begins directly, as Wilkes becomes increasingly concerned that his wife, Kate, has not yet returned from her Wednesday-night book club. It’s after midnight, and repeated calls to her mobile phone prove futile.

As he considers what to do, and worries about possibilities, he hears her voice calling his name. Yet when he looks for her, no one is there. Again and again, at moments of crisis, he hears her calling him…yet she is never there.

Except, perhaps, she is.

This small detail rings true and sets the stage for Wilkes’ incremental descent into the unknown as he unravels the mystery that is the book club and discovers that actions have consequences and that consequences do not necessarily end with death.

Unable to accept either of the police’s suppositions—that she has run away with another man or that she is dead—Wilkes sets out to investigate on his own, following the meager clues she has left behind, unraveling the mystery that is the book club, strand by strand, until he stands at the center of a secret that encompasses all time and space and discovers that some quests are best left unresolved.

The Book Club begins as a straightforward, missing-persons mystery, focused on a single family. Step by step, it enlarges with Wilkes’s discoveries until it encompasses the cosmic, the universal, and the multiverse itself. Baxter incorporates perennial themes—innocence and experience; appearance and reality; the power of dreams as revelations; love and hate and the complex, constantly shifting boundary that separates them—into the story of a single man and what he is willing to sacrifice to recover her…or, failing that, to join her.

Overarching all, it is the story of seekers, individuals committed to discovering truth, whether it be a man searching for his missing wife, two police officers following a complicated case toward its conclusion, or, as Wilkes discovers, an esoteric group seeking “the deepest knowledge, the eternal secrets,” even though success means putting life and sanity at risk.

Because, as we all know, there are some secrets that should never be uncovered.

The Book Club is a taut tale, told skillfully and well. It is compressed, manipulative (in the finest senses), constantly surprising. Each new revelation incorporates an unanticipated twist, culminating in a devastating discovery that has been implicit in the story almost from the beginning. It plays with Lovecraftian conventions—with a wry reference to non-Euclidian space, for example, and occult languages whose words taste like vomit—but never settles for the easy, tentacular trick. It is monitory even as it urges its characters and its readers into the unknown. Its title and opening lines are innocuous, consciously generic; its climax is terrifying and its conclusion a paean to the light.