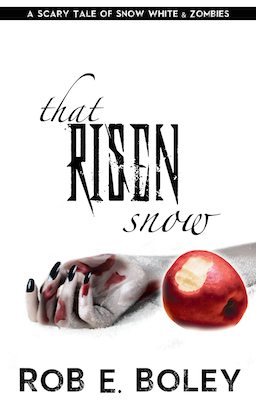 One of my favorite writing prompts is an exercise that I call a seed story. I can’t remember where or when I first heard of this technique, but I’m sure I’ve stolen it from someone. To write a seed story, you simply take a short piece of writing—a paragraph or poem or song—and use each of its words in sequence to start the first word of each sentence.

This is an example.

This would be the first sentence.

Is it making sense yet?

An easier writing prompt you could never ask for.

Not only do these little prompts offer you endless fodder for new stories, but they also sharpen your writing skills—demanding economy of word, creative sentence structure, and quick wit. What’s more, they demonstrate the pliable, almost organic, structure of words. Sometimes it’s easy to think of words as bricks—static things that we stack and arrange to build massively impressive walls of text. I’d argue that words are more like living things. By writing seed stories, we break down a dead body of words and use it to grow something new.

So, seed stories are like compost, except they smell better!

I’ve created seed stories from poems and songs, but for this post to HellNotes, I wanted to do something appropriately sinister. So, I turned to one of history’s most enduring and horrifying mysteries—Jack the Ripper. During the Ripper’s frenzy of madness, several letters were sent to the police from individuals claiming to be Jack. Experts debate the authenticity of these notes, but one of the most famous is the From Hell letter.

Incidentally, From Hell is also the title of the scariest, most disturbing graphic novel I’ve read, courtesy of Alan Moore. If you haven’t read it, please do so, but brace yourself for one jarring damn literary experience.

Here’s the full text of the From Hell letter, courtesy of Casebook: Jack the Ripper, possibly the world’s largest public repository of Ripper-related information (http://www.casebook.org/ripper_letters/):

I send you half the Kidne I took from one woman and prasarved it for you tother piece I fried and ate it was very nise. I may send you the bloody knif that took it out if you only wate a whil longer

Catch me when you can Mishter Lusk

Using this letter, I created the short story below. For clarity, I cleaned up the spelling but otherwise left the words untouched. Casebook.org also has the text of the other Ripper letters. If you enjoy the story below, why not try a seed story of your own?

If you do, please feel free to send it to me at [email protected]. I’m dying to see what you come up with . . .

The Old Scratch and Sniff Variety

“From what I gather, you’re an excellent chef,” the man standing in my kitchen rambled to me. “Hell, I’ll be happy if you don’t burn dinner.”

“Lusk, how’s that blaze coming along?” the man yelled out the open door.

“I reckon. Send a fella to tend to a campfire, you don’t figure it’ll take all night. You don’t reckon he’ll be much longer do you? Half the night is gone and I’m powerful hungry.”

The forest outside chirped and crackled in response. Kidney beans cooked on the stove in the kitchen. I let them simmer and kept an eye on the rice.

“Took us all day to hike eight miles,” the man said. “From Crickets Hollow to here, so I appreciate you letting us stay the night.”

“One can get swallowed up in these woods. Woman and her boy last spring just disappeared.  And the previous winter, three college boys.”

“Preserved this for dinner,” the man said, holding up a murky jar from his pack. “It just took some vinegar, garlic, mustard seed, and a few other things.”

“You ain’t never heard rice and beans until you seasoned it with pickled meat.”

The lid popped off with a rusty hiss. Other than at family reunions, I’d never smelled anything like it.

“Piece of this will make your eyes piss and your dick cry,” the man said.

“Fried meat has its virtues,” he said. “And don’t let anyone tell you otherwise but there ain’t nothing like pickled meat. Ate a whole jar of pickled pork one day. It was the best day of my life. Was the worst morning after, too, but it was worth it. Very good of you to have us. Nice folk are hard to come by.”

“Send us on our way is what most folks would’ve done. You went above and beyond. The world needs more people like you. Bloody well has an abundance of assholes, so it’s no wonder we’re all drowning in shit.”

“Knife,” I said, and pointed at the table.

“That is one fine blade,” he said, handing me the utensil handle first.

“Took vinegar, mustard seed, and what else?” I said.

“It had Tabasco and celery seed. Out of curiosity, I added bay leaf.” If the man smiled any bigger, surely his cheeks would’ve split.

“Only for the right kind.”

“Wait for Lusk?” I said, turning off the stove and stirring the beans and rice together.

“A good meal is worth waiting for,” he conceded. “While we wait, maybe we could compare notes.”

Longer fingers than any I’d ever seen plucked a folded notebook out of his pocket. Signed sketches waited within—such delicious sights that I wished the scenes depicted where of the old scratch-and-niff variety.

“Catch them all yourself?” I said.

“Me and me alone.  When men have appetites like ours, we rarely have allies.”

“Mister,” I said, raising my knife and nodding at the door, “I think it’s time.”

Lusk waited for us outside, seasoned from the hike and crispy from the flame. 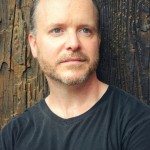 Rob E. Boley is the author of The Scary Tales series of novels, featuring mash-ups of your favorite fairy tale characters and classic horror monsters. He grew up in Enon, Ohio, a little town with a big Indian mound. He later earned a B.A. and M.A. in English from Wright State University in Dayton, Ohio. Aside from The Scary Tales series, his fiction has appeared in several markets, including A cappella Zoo, Pseudopod, Clackamas Literary Review, and Best New Werewolf Tales. His stories have won Best in Show in the Sinclair Community College Creative Writing Contest and the Dayton Daily News/Antioch Writers’ Workshop Short Story Contest. He lives with his daughter in Dayton, where he works for his alma mater. Each morning and most nights, he enjoys making blank pages darker.

Download a free copy of That Risen Snow from Amazon by clicking here.

Buy a print copy of That Risen Snow by clicking here.