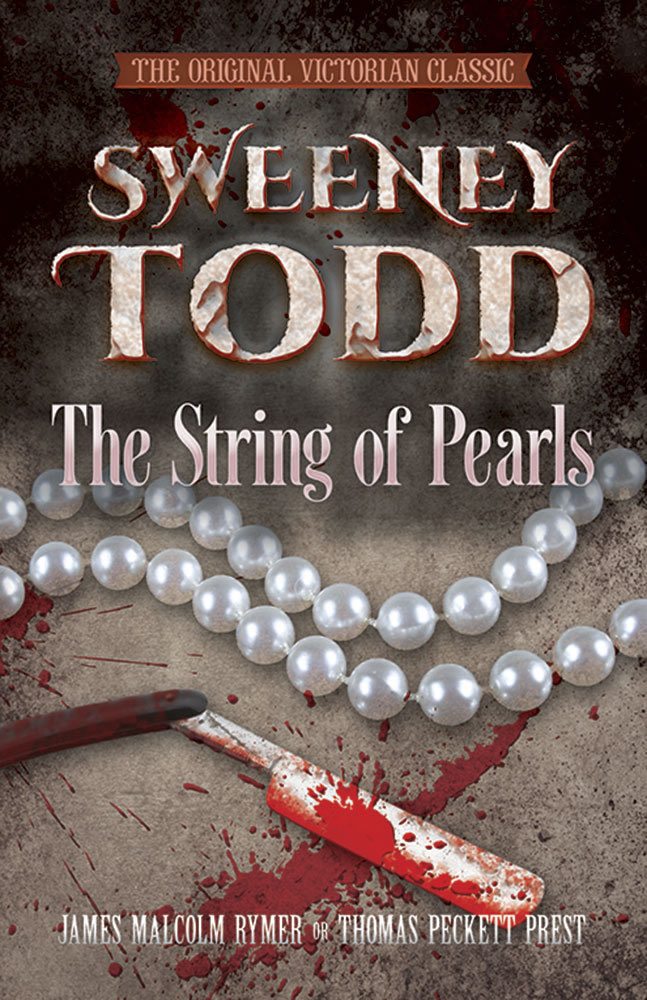 Is there anyone with a fondness for horror who isn’t familiar with the tonsorial terror that is Sweeney Todd? The story of a barber, driven mad by vengeance, who strikes up a business relationship with the baker next door who makes a killer meat pie has been popular since the moment it first appeared.

Sweeney Todd is the quintessential “penny dreadful.” Published anonymously in the People’s Periodical and Family Library (which indeed cost a penny an issue), it ran in 18-weekly installments from November 1846 to March 1847. Even today, the authorship remains a question of debate; the Dover edition wisely offering the two most likely scribes to choose from.

As Professor Rohan McWilliam notes in his introduction, this was the Golden Age of horror – Frankenstein (1818), Dr. Jekyll and Mr. Hyde (1886), and Dracula (1897) debuted in this time. But unlike those novels, aimed at middle-class readers by middle-class authors, Sweeney Todd was geared at the newly literate working class: overcrowded, overworked, and underpaid. And the Victorian working class apparently really liked throat slashing, homicidal insanity, revenge, and cannibalism.

Sweeney Todd was a creation of social foment and change. Unlike Johnny Depp’s film version or Len Cariou on Broadway, the original demon barber of Fleet Street is a completely unsympathetic character, the personification of the Victorian belief of the intrinsic danger and evil that embodied the cities. The difference is jarring but well worth a look.