The first three titles in the new eNovelette Series from SST Publications are now available from all major eBook stores. 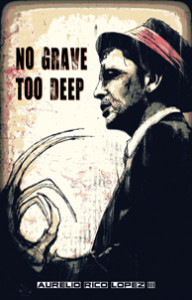 Nick Sharpe is sick and tired of dodging bullets and doing his country’s dirty work. Unfortunately, when a military experiment goes horribly wrong, Nick is drawn back to his old profession and brought to face the harsh reality that sometimes, you can’t bury the past.

Praise for No Grave Too Deep:

“No Grave Too Deep ventures boldly into pulp territory with plenty of two-fisted action, hot dames, and a twist of the supernatural to keep things fresh . . . a fast, entertaining read!”

“Lopez is a gifted storyteller, and No Grave Too Deep further proves that fact.”

“Fast, witty and action-packed, No Grave Too Deep is livelier than a barrel of ferrets. The world has a new hero, and his name is Nick Sharpe.” 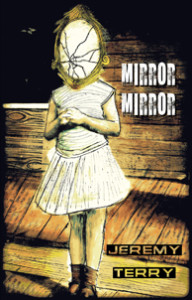 There is a darkness residing in the Pendelton family’s new dream home and it’s hungry for their souls.

“With well-imagined macabre imagery and a confident building of icy dread, Jeremy Terry will send serious chills slithering up your spine!”

“Jeremy Terry delivers chills and thrills in his smart, fast-paced novella Mirror, Mirror. Keep an eye on Terry as he continues to deliver quality contributions to the genre. Highly recommended!” 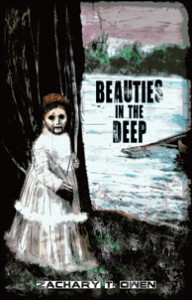 Ivory was only supposed to go fishing with her father. She was never supposed to run off and get into trouble. But that’s what she’s done. And now the cries of a drowning boy beckon her into icy waters, into a madness which lurks deep inside the lake, waiting to paint her world black.

Praise for Beauties in the Deep:

“In Beauties in the Deep, Mr. Owen captures all of the wonder and all of the terror of childhood exploration.”

“Days, it’s been days since I read it, but Beauties in the Deep still haunts like a treasured bad dream that won’t go away, a storybook nightmare so perfect and curious, that it both disturbs and enchants. While Owen’s work pays homage to Lewis Carroll, those Brothers Grimm, and Poe, he claims his own literary territory of scary but cosmically justified magic that he torments upon the fractured and crumbling lives of his brilliantly drawn hometown American characters. Owen writes with a love and compassion for his vulnerable, flawed, and mostly doomed subjects. They are not truly bad people, but sadly not good enough to escape their rewards. The story begins with a most mundane scene subtly laced with dark concealed threats, and a hint of illogic, or dream logic that is a harbinger for one of the strangest fantasy tales this side of horror. Owen writes with one hell of a vision. This short novel would make a killer movie.”

“With his novelette Beauties in the Deep, a frightening tale of separation, loss and the lure of fantasy, Zachary T. Owen has created a worthy ghost story with phantoms as eerie as those ‘black eyed kids.’ The desperation of a father determined to protect his daughter from a supernatural force is palpable, and the author packs an emotional wallop with a fast pace.”
—Gregory Lamberson, author of Johnny Gruesome and The Jake Helman Files

All three titles are available now for only 99 cents / 99 pence each from Amazon, B&N, Apple’s iBookstore and all other major eBook sellers.