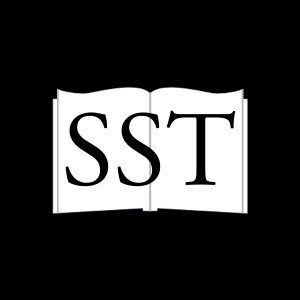 BIRMINGHAM, UK, November 3, 2014 – Short, Scary Tales Publications (SST Publications) owner, Paul Fry is thrilled to announce the signing of multi award-winning author Tom Piccirilli for an original one-shot comic. Bullet Ballerina is a blackly humorous hardboiled/noir revenge tale that is twisted into a unique fashion. The book will be illustrated by Australian artist Greg Chapman (illustrator on the Bram Stoker award-winning Witch Hunts: A Graphic History of the Burning Times) and will be published in March/April 2015 as a full color oversized hardcover, oversized softcover and in digital formats.

About Greg Chapman: “Greg Chapman is an emerging horror author and artist from Australia.
After joining the Australian Horror Writers Association in 2009, Greg Chapman was selected for its mentor program under the tutelage of author Brett McBean. Since then he has had short stories published in The Absent Willow Review, Trembles, Eclecticism, Bete Noire, Morpheus Tales, Midnight Echo, and the anthologies Sex, Drugs and Horror, Frightmares and A Killer Among Demons. Greg is the author of four novellas, “Torment,” “The Noctuary” (Damnation Books, 2011), “Vaudeville” (Dark Prints Press, 2012) and “The Last Night of October” (Bad Moon Books, 2013). His debut collection, Vaudeville and Other Nightmares, was published by Black Beacon Books in September, 2014. He is also a horror artist and his first graphic novel Witch Hunts: A Graphic History of the Burning Times, written by Bram Stoker Award winning authors Rocky Wood and Lisa Morton was published by McFarland & Company in 2012. Witch Hunts won the Superior Achievement in a Graphic Novel category at the Bram Stoker Awards on June 15, 2013. He also illustrated the comic series Allure of the Ancients for Midnight Echo magazine.”