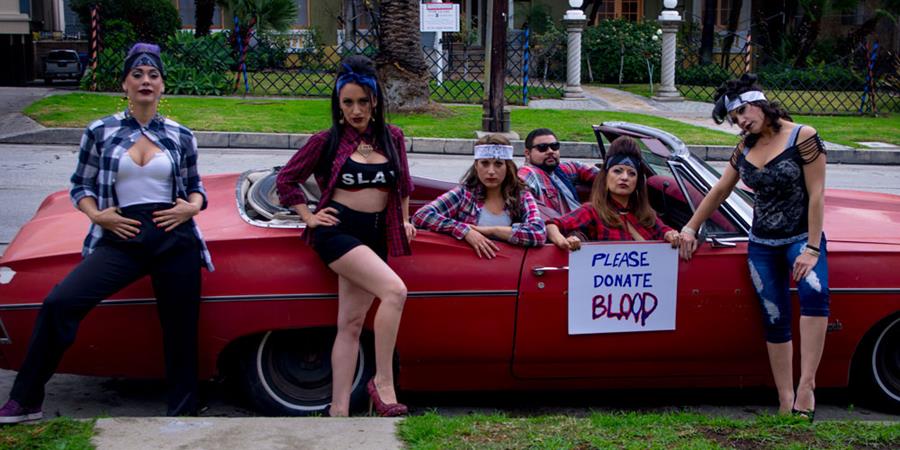 for a Good Cause in Patricia Chica’s

Michelle Romano’s Roman Media Inc. join forces with award-winning director Patricia Chica in the production of a segment for the Annual Massive Blood Drive PSA, curated by the Soska Sisters.

Every year internationally renowned identical twin filmmakers, the Soska Sisters (American Mary, Hellevator), invite you to bleed for an incredibly good cause: Women in Horror’s PSA for a Massive Blood Drive. Donating blood is something that many people find off-putting and terrifying. By using humor, innovation, and provocative imagery, this PSA will encourage viewers to face their fears and help out those in need of blood. The PSA premieres this February 1st 2017 on YouTube in honor of Women in Horror Recognition Month (#WiHM8).

For the fourth year in a row, the Soska Sisters have invited award-winning Canadian filmmaker Patricia Chica to present her vampire driven segment Las Cholas to be included in this year’s music video. The final edit includes different parts directed by various innovative, unique, and irreverent horror directors across the globe.

The musical track entitled “BLOOD” was created by Kevvy (Kevin James Maher) of FAKE SHARK. The collective is edited again by the talented Paolo Kalalo.