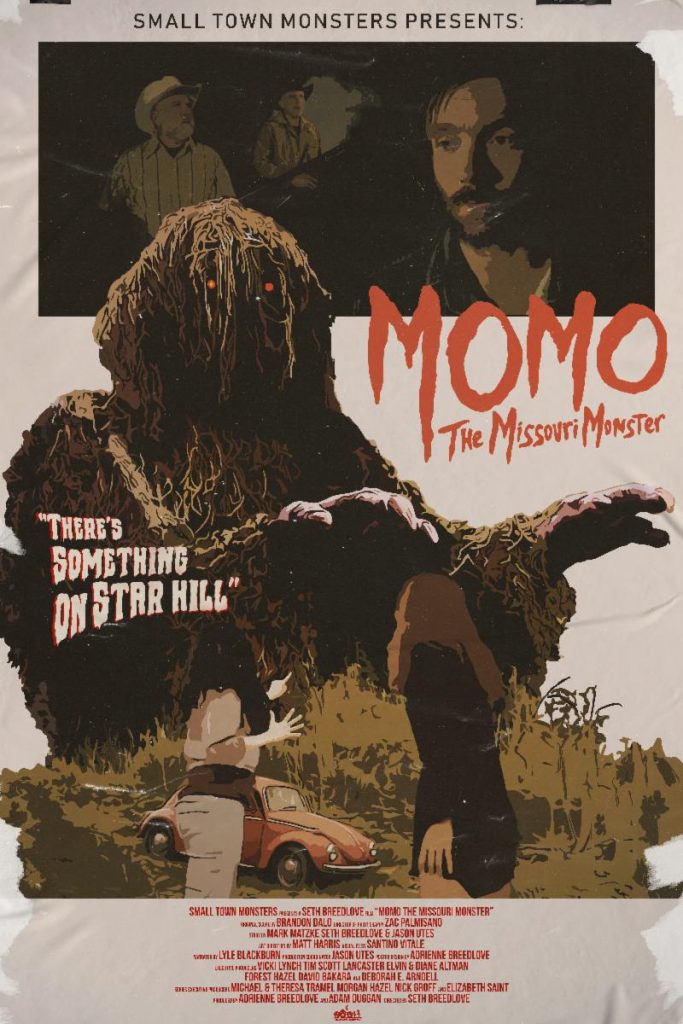 The case gained national media attention during the ’70s and remains one of the largest tourist draws for the tiny town on the banks of the Mississippi River. The first trailer for the film lands today and hints at the storytelling devices employed, as well as some of the fascinating interviews and locations.  Breedlove describes MOMO: The Missouri Monster as “Rashomon meets Creature from Black Lake or The Legend of Boggy Creek.”

The film stars Adam Duggan and Sara Heddleston, as well as Animal Planet‘s Cliff Barackman and James “Bobo” Fay, with special appearances by Janet Jay and Elizabeth Saint (Ghosts of Shepherdstown).  A grindhouse-style poster was created by artist Adrienne Breedlove.

The latest release from Small Town Monsters and director Seth Breedlove, MOMO: The Missouri Monster is told in both narrative and documentary form. The narrative sections appear as a lost B-movie from the 1970s, inspired by Breedlove‘s lifelong fascination with grindhouse movies and creature features. The horror film depicts the widely accepted details of the MOMO legend, and is eventually contradicted and corrected by the actual survivors who lived through the events.

The latest title to crawl forth from the production powerhouse behind last year’s best-selling documentary On the Trail of Bigfoot, MOMO: The Missouri Monster is set for a fall release. A midnight premiere is scheduled at the Kentucky Theater in Lexington, Kentucky on Friday, September 6th with cast and crew in attendance. The premiere will coincide with Cryptid-Con, a cryptozoology and paranormal convention celebrating its third year and featuring a number of renowned authors, television personalities, and speakers. 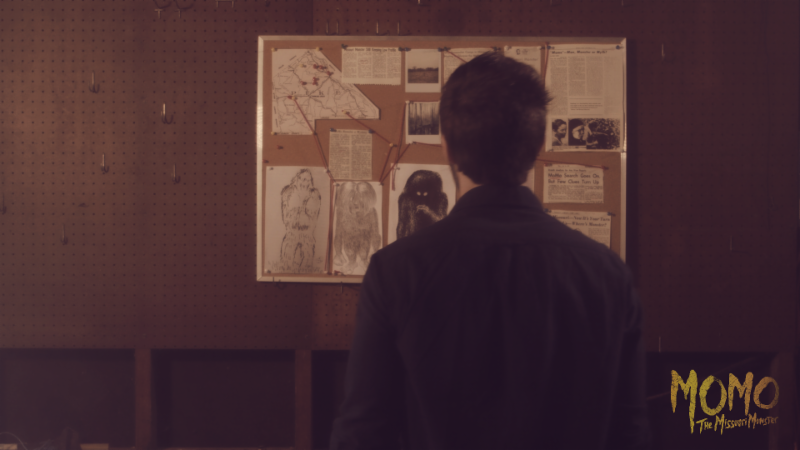 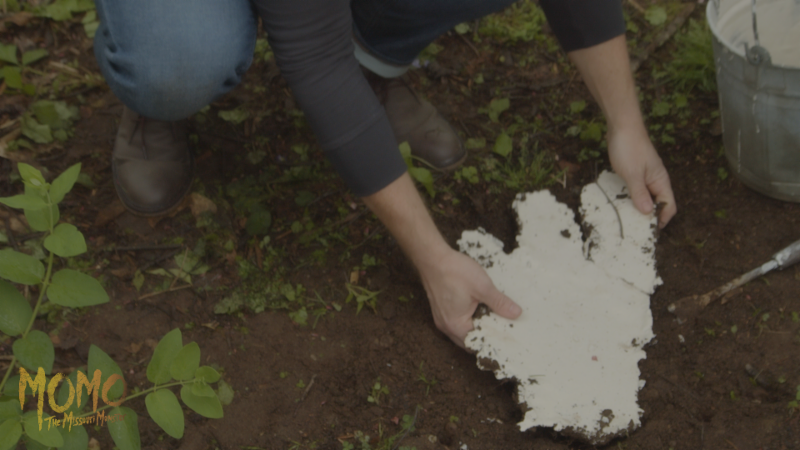