Severin Films is Setting the Halloween with a Delectable Italian Feast 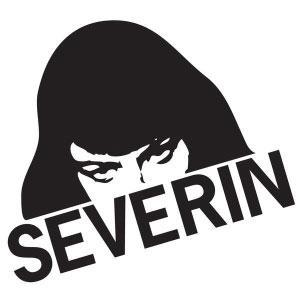 On October 29th, Severin Films is getting an early start on the seasonal festivities by serving up a trio of Italian sickies for sleaze-deprived viewers with a hunger for bad taste. PAGANINI HORROR, WEREWOLF IN A GIRLS’ DORMITORY, and BYLETH: THE DEMON OF INCEST are all coming to home video uncensored for the first time ever in the USA! 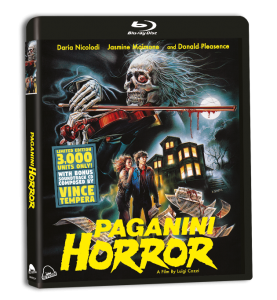 SYNOPSIS: When an all-girl rock band records an unpublished song by Niccolò Paganini – the 19th century composer said to have sold his soul to the Devil – they will unleash a skintight spandex nightmare of extreme violins, cheesy power ballads, SUSPIRIA-influenced lighting, and outlandish Satanic havoc that QuietCool calls “serious fun…it drips with as much love as it does with blood and gore.”

Jasmine Maimone (DEMONS), Pascal Perciano (VOICES FROM BEYOND), and the legendary Donald Pleasence co-star in this “kooky, stylish, and definitely recommended flick” (DVDExotica.com), now transferred in 2k from the original negative. 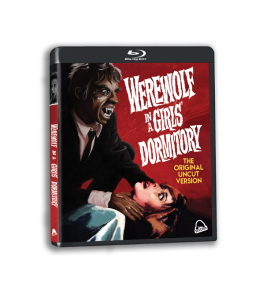 WEREWOLF IN A GIRLS’ DORMITORY:

When an all-girl reform school is rocked by a series of grisly murders, it will unleash a nightmare of sexual corruption and lupine depravity.

Carl Schell (THE BLUE MAX), Barbara Lass (aka Roman Polanski’s first wife Barbara Kwiatkowska), and Luciano Pigozzi (CASTLE OF THE LIVING DEAD) star in this infamous Italian/Austrian co-production – originally titled LYCANTHROPUS – directed by Paolo Heusch (THE DAY THE SKY EXPLODED) from a screenplay by giallo maestro Ernesto Gastaldi (ALL THE COLORS OF THE DARK) with a classic score by Armando Trovajoli (STRANGE SHADOWS IN AN EMPTY ROOM), newly scanned in 2k from archival elements recently discovered in a Rome lab vault. 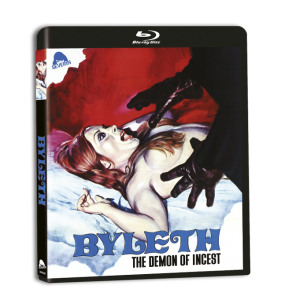 BYLETH, THE DEMON OF INCEST:

In one of the most bizarre EuroSleaze sickies of the ‘70s, Mark Damon (HOUSE OF USHER, CRYPT OF THE LIVING DEAD) delivers an atypically unhinged performance as a duke consumed by unnatural lust for his beautiful sister (Claudia Gravy, THE NUN & THE DEVIL). Toss in depraved dollops of sex, voyeurism, demonic possession, and giallo-style violence, and you get the sumptuous-yet-insane rarity The Wild Eye calls “intriguingly different and endearingly odd for Italian Horror aficionados.”