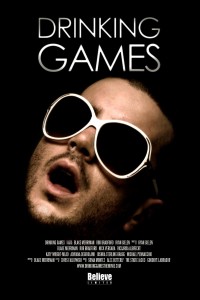 It’s the last night of the fall semester, and all over campus parties are raging.  While alcohol flows, Richard and Shawn argue over what to do with Noopie, the mysterious upperclassman passed out on their floor. After a blizzard seals them in the dorm with a handful of hapless friends, Noopie awakes and uses a mix of drugs, booze and sex to manipulate the group to their physical and emotional breaking points over the longest, most dangerous night of their young lives. Will it be their last?