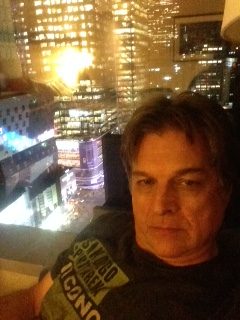 The surname, Matheson, was one immediately familiar to me through the extensive, boundary-pushing works of the legendary Richard Matheson. I had only discovered his eldest son, Richard Christian’s, work through my review of Stephen King’s “Battleground,” and fast became aware of RC’s talent. Popping his name into Google and IMDB (Internet Movie Data Base), I realized how RC had, despite my previous ignorance, greatly contributed to a sizable chunk of my childhood media culture. The A-Team. 3‘OCLOCK HIGH. Three’s Company. Knight Rider. Tales from the Crypt. The Incredible Hulk. You get the idea. Hell, even his younger brother, Chris Matheson, helped shape my media influence with his BILL AND TED’S EXCELLENT ADVENTURE, which almost never got made, but I digress. You get the idea. The point is that much like his father, Richard Matheson, RC Matheson has more than likely influenced your brand of entertainment to some degree as well while carving out his own path towards being referenced among the literary greats of our generation.

Zoopraxis is his latest contribution and RC was kind enough to sit down and discuss the makings and inner concepts with me in between his various film, television and writing projects.

Hellnotes: How did you end up with the current selection of stories that made the final cut for this collection?

RC Matheson:  There are twenty-two stories. I included everything I published after my last collection, Dystopia, plus thirteen brand new ones I wrote for Zoopraxis. 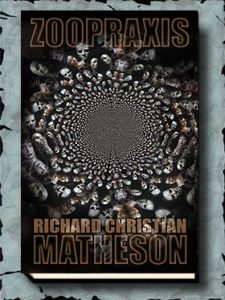 RC: Either would have been too short. I am beginning work on my fourth collection.

HN: How did you arrive at the title of Zoopraxis? What’s the story behind the title?

RC: I fell in love with the word, which is arresting and odd. I thought I’d use it somewhere since it refers to a device that has been around for awhile that creates visual movement, via a mirrored, circular design; individual images, rotating, implying  flow — a hypnotic blend of the static and kinetic given objects not moving appear otherwise. As a title for a story collection, its metaphor suggests we see only what we think we see—that we are the narrative overlay, providing meaning or even life that may not be there. I also used the word in my magic realism novella, The Ritual of Illusion. A little bit of a call back.

HN: While you’ve created a respectable output of short stories, television, and movie scripts, is there a reason we haven’t seen a lot of longer literary works from you?

RC: Time. My schedule juggles a prose and TV/film writing and producing career. To give you an idea, a guy who’s writing my biography told me I’ve published eighty-five short stories, three collections, a novel and novella, a cocktail table Stephen King book, written and produced hundreds of television scripts, drama and comedy, four mini-series, thirty pilots, and forty movie scripts. I’ve also co-created a series, co-written all episodes, and executive produced. Along the way, I’ve been fortunate to get fifteen films I wrote or co-wrote produced and currently have one in production. I also just finished a new novel and completed cutting drum tracks on two blues/rock albums. Along with my writing and producing, I run MATHESON ENTERTAINMENT, the production company my father and I started; developing TV/film/stage projects and selling and negotiating deals. I am forever fighting the clock and wish I had more time to write prose. 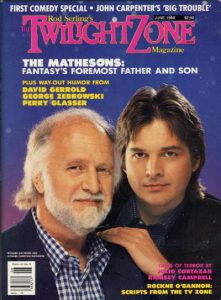 HN: No tale in Zoopraxis explains your mastery of minimalistic style more so than “How To Edit.” Is this a style that’s always come naturally, or have you had to work to polish it over the years to get it to where it is now?

RC: It comes, in part, from the rigors of writing scripts which demand prescribed page length, so you must compress and stay taut. Like a Haiku, you only have so much space and must make the most of it.

Beyond that, I’ve also become more sensitive to how little I need to say in order to get ideas across. With a good piece of writing, script or prose, the reader should do half the work. Otherwise, it’s exposition; a dramatized instruction manual. I believe in providing dots, not connection.

HN: How might your first drafts compare with your eventual final drafts?  Has this changed much since you first began writing seriously?

Here’s an example. I published a story, “Vampire,” where each sentence was one word long. The first draft was about twelve pages long and I felt it was too specific… I wanted something more impressionistic; far shorter. As I thinned it, I wanted to see if it would sustain with just the DNA of the story. In the end, each sentence became one word, assembled in a rhythmic way. Not verse or poetry. Not deliberately offbeat.  Just edited to the marrow. I thought it had a strong effect but wasn’t sure it would track for readers. I submitted it to my friend, the marvelous Dennis Etchison, who’d invited me into his new horror anthology, Cutting Edge. To my delight, Dennis understood the story instantly, found it powerful and bought it. Perhaps some evidence for minimalism. I have certainly written long stories. But my prose tends to be skeletal, hinging on triggering readers’ thoughts, not explaining my own. 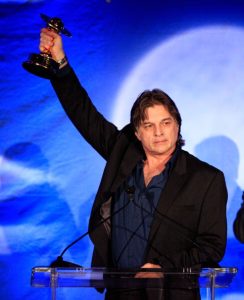 HN:  As portrayed in your story, “How To Edit,” even minimalistic tendencies have their limit. How do you decide when your writing is as compact and meaningful as possible, or if there might be room for further trimming?

RC: There’s a point where further trimming would stop the heart. Exactly where is intuition.

HN: You’ve mentioned before how cohesive Harry O’Morris’s vision was to your own vision when it came to how his illustrations spoke of the stories they introduced in Zoopraxis. What added impact do you feel Harry’s illustrations gave to each story and to the collection as a whole?

RC:  I loved Harry’s work the first time I saw it over thirty years ago. We are ironic and indirect, by nature, in the way we like to get ideas across and have always creatively agreed that the literal is more finely expressed via the figurative. Much can be interpreted; like Rorschach’s. He has done the art for several of my books, both covers and interior, and we’re also dear friends. Harry’s extraordinary gift always lends further depth. 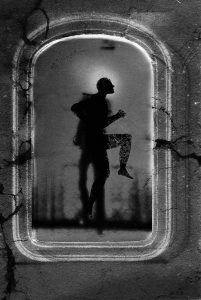 HN: Now that I’ve enjoyed Zoopraxis and will be looking for more of your work to read, where can I go to get more and what might you have in store for us next?

RC: My film and television DVDs are available at AMAZON.  Also my books, including my novel CREATED BY, the novella, The Ritual Of Illusion, my first short story collection, SCARS And Other Distinguishing Marks, and my second collection Dystopia.

As I mentioned, there’s also a cocktail table book I compiled and edited called Stephen King’s BATTLEGROUND/A Commemoration of the Emmy-Winning Television Adaption that’s based on a short story Steve wrote which I adapted for his NIGHTMARE AND DREAMSCAPES miniseries. The one-hour episode starred the great William Hurt and has zero dialogue. Not unlike the radical editing of “Vampire” I mentioned, as I was working on the “Battleground” script, I began to think I could eliminate dialogue which didn’t contribute and finally got to the point where I’d cut it all; an effect I found strong. As with “Vampire,” I wasn’t sure others would agree the effect worked.

I showed it to the TNT network and the producers and all agreed it could work. It was directed by Jim Henson’s son, Brian Henson, a very fine director, and won two Emmys. I found it such an interesting project, on many different levels, that I thought it merited a book about how it was put together. It includes fascinating interviews with William Hurt, as well as the president of TNT, the special effects wizards, the composer, director Brian Henson, and others. Also, the book has tons of cool set photos you can’t get anywhere else. It’s an intriguing companion piece for anyone who purchases the NIGHTMARES AND DREAMSCAPES DVD boxed set. 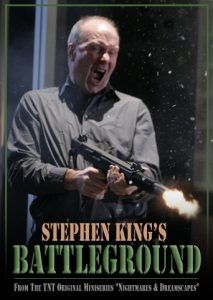 HN: Fantastic. Again, I really appreciate you letting me pick your brain, RC. Anything else you want to throw out there or add?

RC: Readers can keep an eye out for new anthologies I’m in. Every year, there’s a bunch. And a new novel may be on the way. Also those two rock/blues albums I played drums on will be released.

HN: Well, that’s what I like to hear. I’m pretty sure a lot of folks out there, once they get a chance to enjoy this collection, will be looking for a lot more of your work. I know I will be. 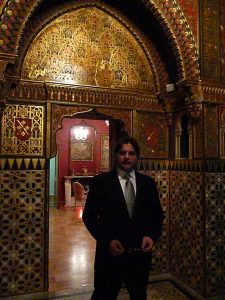