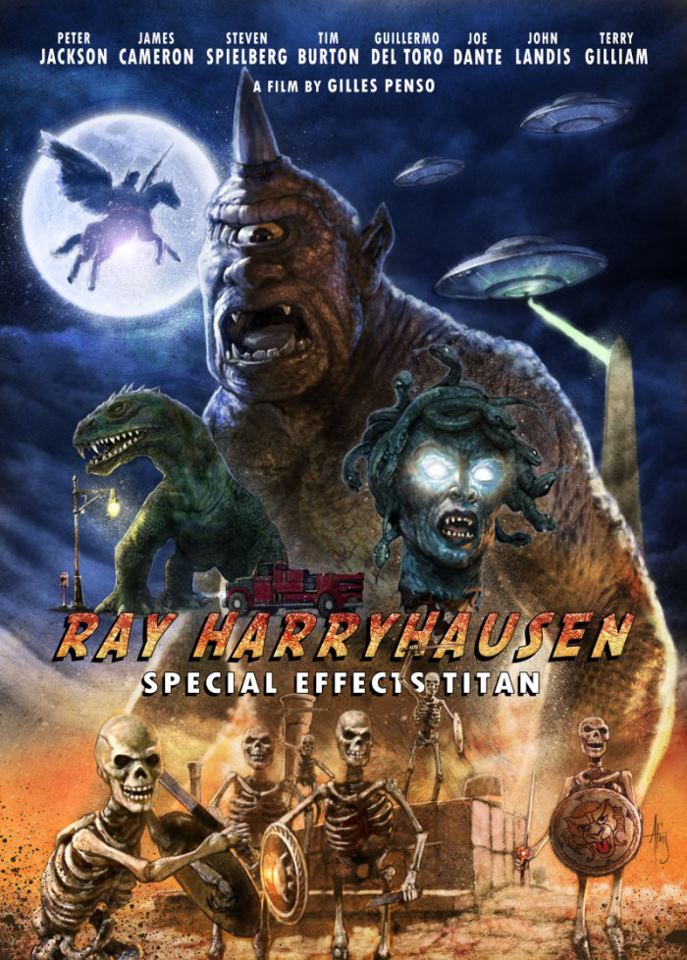 I can’t tell you how much respect I have for Ray Harryhausen. The guy is not just a legend, he is a pop cultural icon of the 20th century. Because of his accomplishments, I would wager he is almost a household name throughout the U.S. I mean, let’s face it: Hollywood is a big part of what it is now because of Harryhausen and his genius. Just look at the number of filmmakers he has influenced; the list is massive. But regardless of whether you are familiar with his work or not, chances are you are a fan of the films it brought about.

Ray Harryhausen: Special Effects Titan is an exhaustive look at the film career of the late Mr. Harryhausen, and it features a chronological narrative by the man himself. It also contains interviews with many modern filmmakers as well, including Peter Jackson, James Cameron, and Steven Spielberg. The result is a highly entertaining glimpse into one of the most influential men in filmmaking history.

If you are not familiar with Ray Harryhausen: Special Effects Titan, here is the plot synopsis courtesy of Arrow Films & MVD Visual:

The remarkable career of the movie industry’s most admired and influential special-effects auteur, the legendary Ray Harryhausen, is the subject of Gilles Penso’s definitive documentary Ray Harryhausen: Special Effects Titan.

Leaving no doubt as to Harryhausen’s seminal influence on modern-day special effects, the documentary features enlightening and entertaining interviews with the man himself, Randy Cook, Peter Jackson, Nick Park, Phil Tippet, Terry Gilliam, Dennis Muren, John Landis, Guillermo del Toro, James Cameron, Steven Spielberg and many more. These filmmakers, who today push the boundaries of special effects movie-making, pay tribute to the father of Stop Motion animation and films such as The Beast from 20,000 Fathoms, It Came from Beneath the Sea, The 7th Voyage of Sinbad, Mysterious Island, Jason and the Argonauts, and The Golden Voyage of Sinbad, the films that enthralled them as children and inspired them to become filmmakers in their own right.

Ray Harryhausen: Special Effects Titan is shot well and looks great onscreen. The feature is filled with scenes and screenshots from many of Harryhausen’s films, and each one appears to be of good quality.

The film is presented in a typical documentary format, but yet it doesn’t feel stiff like many nonfictional films can. Instead, the film is presented as a warm and intimate look at a master and his craft. Because of this, I felt more immersed in the narrative and less like an outsider looking in.

I particularly like the interviews with the other filmmakers and hearing their stories about how Harryhausen influenced them. Each seems to have an awe-inspired love for the man and his achievements, and each even seems defined in some ways by what Harryhausen’s craft taught them. This aspect is a testament of both the respect and affection the film’s subject has garnered throughout his lifetime.

Ray Harryhausen: Special Effects Titan is a major win for me, and I highly recommend it. This is a film for anyone who is a fan of film, and even those who are not. It teaches lessons of perseverance and persistence, but it also shows how timing and the ability to fill a need can help achieve greatness.