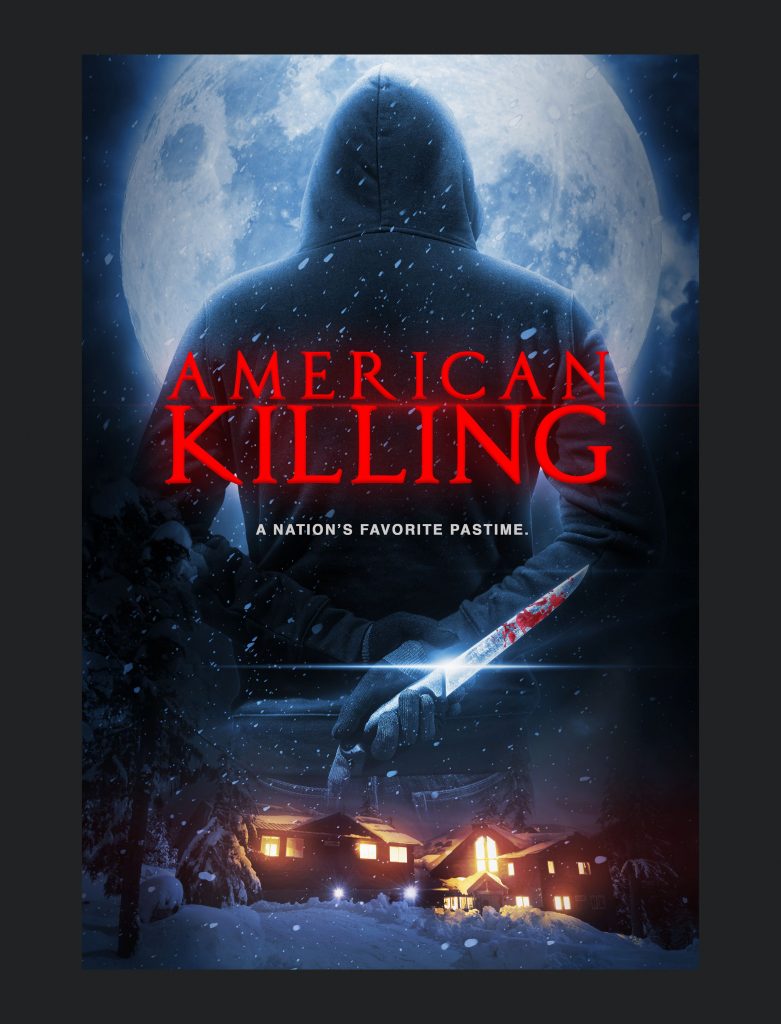 This summer a writers retreat takes a very dark turn when its obsessive showrunner manipulates his team into playing along in his disturbed, hidden-camera “masterpiece.”

Jeb’s cartoon is on the verge of cancellation, so the studio sends him and an eclectic team of writers to a secluded house in the mountains. As Jeb’s controlling personality and obsessive work ethic starts to push the team apart, he goes even further by planting spy cameras in places shared and private, obsessed on what everone is doing. Jeb is soon fired by the studio but he continues to spy in secret from his home, leading him further down the road to madness. In his most desperate hour, Jeb seals his fate as a viscious madman by returning to the house and murdering his writers one-by-one on camera. Past emotions and tensions flare, and while nothing goes as Jeb planned, the unforeseen twists, turns, and revelations make his snuff film a violent spectacle sure to go down in infamy.

American Killing will be available on DVD and Digital August 6.