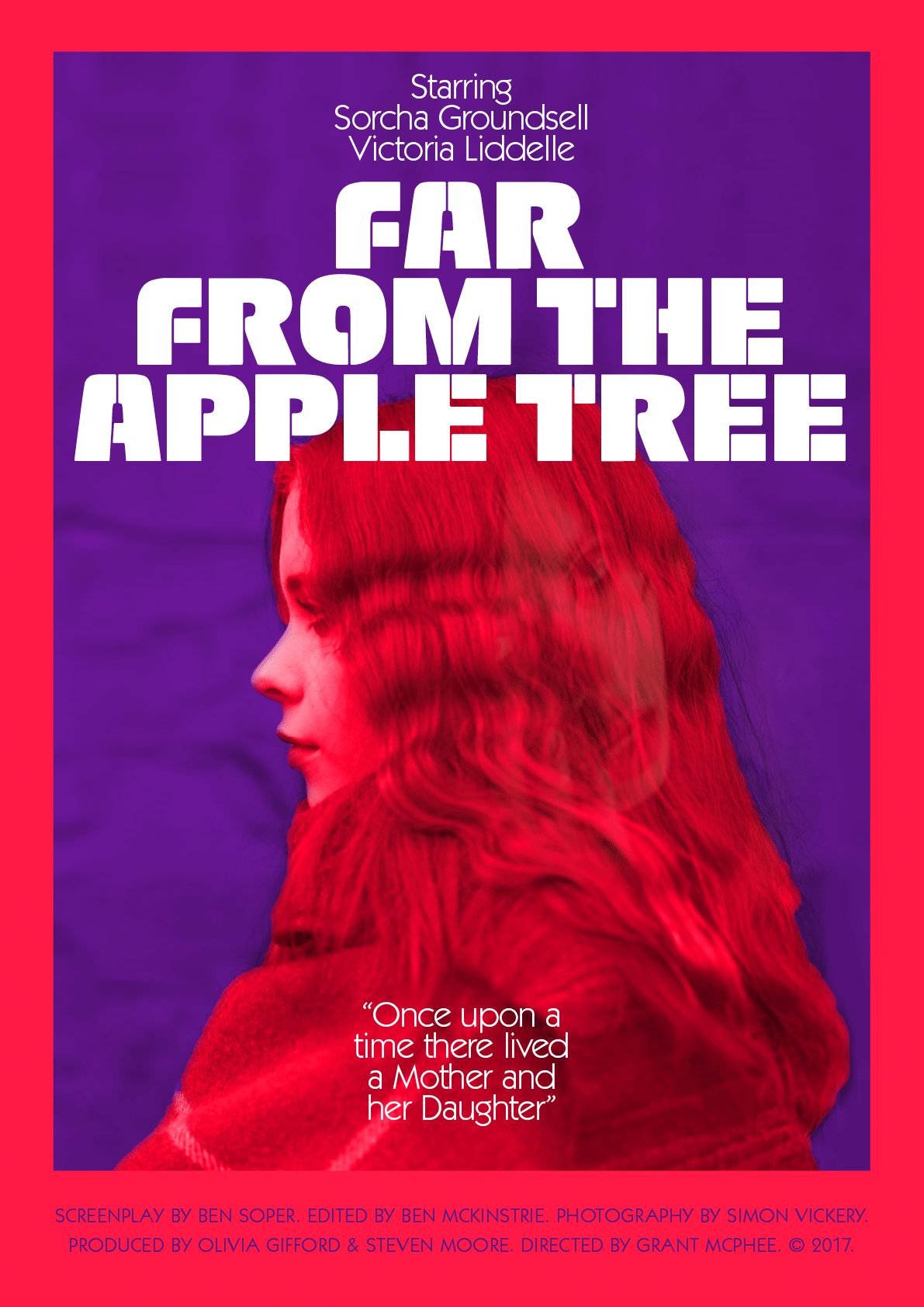 Far From the Apple Tree stars Sorcha Groundsell (BBC’s Clique, Iona) as Judith, a struggling artist who lands her dream job of working for a renowned and sinister visual artist named Roberta Roslyn (Victoria Liddelle). Judith’s new job allows her the opportunity to view and catalogue Roberta’s work – archiving but learning her alchemical techniques as she delves deeper and deeper through her past. Through the work Judith discovers a secret left on the cutting room floor – a mysterious woman who looks very much like herself. The woman is revealed to be Roberta’s missing daughter Maddy, and whose presence is still very much felt throughout each frame of the unraveling archive. Roberta informs her that ‘Maddy is coming home.’

As Judith becomes more engrossed in investigating the mystery of Maddy, the more she starts to appear to take on a new persona, a persona which seems to be gaining her a new level of artistic inspiration. Judith is left with a difficult choice – should she stay and finally have her own art exhibition, promised to her by Roberta or should she leave and go back to her old life as a struggling nobody? A battle is being fought between her soul and the creative force which might destroy her but also lead her into the new life she has always dreamed about.

Following in the long tradition of folk-horror films such as The Wicker Man and Blood on Satan’s Claw, Far From The Apple Tree is the latest film to come from director Grant McPhee, the award-winning creator of Punk-Music Feature Big Gold Dream (Sight and Sound best films of 2015), the visual art-house horror Night Kaleidoscope (2016), and Teenage Superstars (2017). Produced by Olivia Gifford (Outlander) and Steven Moore (Outlander), it is an effort to push micro-budget filmmaking to its extremes. Made in under two weeks in a remote Scottish country estate, they pushed the boundaries of low-budget filmmaking to make something that far exceeds its budget and schedule. Securing their dream cast they also set up their own home built film-lab in order to create the highly stylised visuals of the movie, shooting on a wide variety of formats including 35mm, 16mm, 8mm, home processing, betamax, Pixelvision, and Red with no VFX being used.

Far From the Apple Tree is like no other movie – it’s a unique and terrifying horror tale told in an engrossing and nightmarish dreamscape. The cast provide fantastic performances which will keep the audience in suspense from the opening frame.

Tartan 14 – Far From the Apple Tree from Tartan Features on Vimeo.