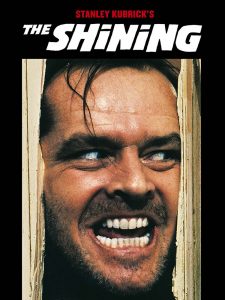 Thrills, chills, daydreams, nightmares, and screams! Horror movies are the mainstay of cinema. It has existed as a film genre for more than a century. Most people who enjoy this kind of genre finds pleasure in feeling intense fear. For others, getting through a horror movie gives them a sense of comfort. That relief when your favorite character comes out alive is one of the best feelings ever, right?  There is a plethora of thriller movies out there, but there are certain movies that would give you the most intense screams. This article lists the classics and the must-see of every thrill-seeker and horror movie enthusiast.  These movies will make sure your heart race, scream and get your mind blown from all the twists and turns of the movie.

Texas Chainsaw Massacre – the movie that got banned in the UK for 23 years is one of the most influential horror movies of all time. Doesn’t it give you the chills? It is a 1973 American slasher film by Tom Hooper. A lot of movie critics from Edujungles have highly praised this film. The story was loosely based on the life of Ed Gein, the butcher of Plainfield, who made furniture out of stolen corpses. Texas Chainsaw massacre story revolves around a brother, his sister, and a group of friends who decided to visit their grandfather’s grave and farmhouse. While lurking around, they discover that their next-door neighbors are psychotic cannibalistic killers. One of the neighbors, “Leatherface”, is a huge, mute that wields a deadly chainsaw as a weapon. Leatherface is the movie’s source of suspense, drama, brutality, and gore. In an unfortunate chain of events, our main characters are brutally killed one by one by the powerful Leatherface. The movie shows merciless and careless killings that are so realistic it leaves you feeling of not only being breathless and scared but also being disturbed and hopeless.

The Shining is one of the terrifying and one of the most dissected and analyzed films of all time. It is also one of the most referenced films of today’s media. The movie is set in the haunted “Overlook” hotel situated in a beautiful glacier mountain park. The story starts with Jack Torrance, an ex-alcoholic writer. Jack hired to be the hotel’s winter caretaker. Confident that he can psychologically survive the winter in isolation, he moves into the hotel, along with his wife Wendy and his son Danny. Jack, after a month in the Outlook, remained uninspired, grew bored and restless. At the same time, Danny, who had psychic abilities begun experiencing weird and creepy visions. The dark bloody past of the Overlook seems to have influenced the members of the family as the days go by, Jack then descends into madness as Jack became a murderous ax-wielding deranged killer. It is up for Wendy to save his son and escape from Jack as they play hide and seek in the vast haunted mansion

Do you like to explore the supernatural, eerie, harrowing, and demonic aspects of a film? The Exorcist, one of the scariest films of all time, is the best for you.

It is about a 12-year-old Reagan Macneil and her mother, Chris. The suspense starts with Regan playing with a Ouija board. Thereafter, the little girl started to act creepily, making mysterious noises, stealing, using foul language, and warning a man of his death. Chris, along with priests Karras and Merrin, later discovered that Regan is possessed by a great demon Pazuzu. While being possessed, Regan the most creepy body contortions and speaks in the most chilling demonic voice. The priests were the only hope in saving the little girl from the powerful, destructive demon living within.

The movie was released in late 1973 and early 1974. The film as so popular that movie-goers were lined up for blocks. There were reports of people who became ill, fainted, ran out of the theatre in tears watching it. The film was so eerily great, it was nominated 10 Oscar awards and won two. This movie can inspire you to write a story that is as mysterious and nerve-wracking. If you need to view related essays online for inspiration, maybe you may need to purchase essays online.

Another Stephen King-inspired film in the list, The Stand is a six-hour horror miniseries about a society after an accidental release of a weaponized influenza virus. In history, viruses have killed millions of people like the Spanish flu which makes it scarier than you could ever think. Here, the virus caused the death of more than 99% of the world’s population. The remaining survivors have to decide which leader they will side with: a mysterious benevolent old woman or a powerful foreboding man who might be the devil himself?  As the story progresses, it becomes apparent that those who support goodwill need to fight the evil to survive. The Stand can be streamed on YouTube and on Vudu.com and be bought through websites of Amazon and Walmart.

A two-letter word that can send chills up to the spine for horror enthusiasts, It is a 3-hour psychological horror film inspired by the book written by Stephen King. It tells a story of a middle schooled aged outcast called the “Losers Club”. The children experienced terror and torment by the serial killer Pennywise the Dancing Clown. 30 years later Pennywise returned to murdering children once more. The Losers club reunited to finally end Pennywise’s terror and to make sure he never comes back again. The book itself is a long story, having 1,153 pages. However, the book’s storytelling way more brutal, detailed and horrifying.  Themes of racism, anti-Semitism, homophobia, and misogyny, explored in the book wasn’t incorporated in the movie. There is also a sex scene from the book that was not shown in the miniseries. Despite the removal of a few aspects of the book, a huge part of professionals from essay writing service were impressed by the film’s adaptation. It became a huge success and is considered one of the most horrifying movies of all time. It even had a remake for the new generation. Scary, right?

Got goosebumps just from reading? And there you have it, the top 5 picks for best horror movies of all time! The films listed can make you toss and turn at night and instill paranoia once it is dark and alone. Be sure to turn on the lights, or more excitingly-not, to enjoy the best spooking that these movie offer. Happy viewing and may you have the most exhilarating experience!

Leon Edmunds began work in 2006. Since then, he has tried his hand at SEO and team communication management. He also writes for blogs and works as an academic writer at EduJungles, a professional essay writing service. His main interests are content marketing, communication skills development and blogging. Every day he is looking for new ideas to help people achieve their career goals. His team working as one ideal vehicle.