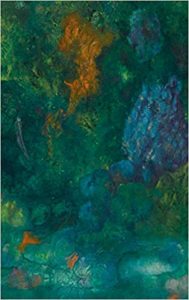 Some of you may believe you are unfamiliar with the works of Ernst Theodor Amadeus Hoffman, but his stories are a part of our culture—most notably being the inspiration for The Nutcracker. He has also inspired the writings of others, including the talented authors involved with the anthology Machinations and Mesmerism.

To say that Machinations and Mesmerism encompasses all that implies Romanticism would be an understatement. You could have told me that many of the stories were written in the 1800s, and I would have believed it. Not because they were dated, but because of the tone, style, and old-world European feel. Speaking of which, there is tremendous continuity to this multi-author collection: kudos to the editor.

Hoffman was a renaissance man: a writer, composer, and artist. As such, the stories in the anthology allude to music and art and matters of the intellect. There are appearances by Freud (this is so clever, as Freud provided a psychoanalysis of Hoffman’s “The Sandman”) and the music of Chopin (Romantic composer extraordinaire). Lest you think that this tome only appeals to gothic nerds like this reviewer, readers also encounter liquid dragons, handsome wolves, hypnotists, creepy/mad scholars and doctors, and the Book of Sleep.

I felt that a great deal of consideration, effort, and love was put into this collection. It is a beautiful homage and the writing is glorious. If you are after senseless gore, then this may not be the book for you. If you would like to spend some time with high-quality writing and intriguing story-telling, then Machinations and Mesmerism comes highly recommended!