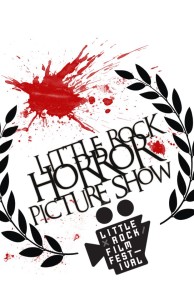 The festival showcases the best in genre films from around the world every spring as a part of the Little Rock Film Festival’s year round programming.

Submissions for the 3rd annual festival will be open starting July 1st with the early bird deadline ending August 15th. As with all of the Little Rock Film Festival’s events Arkansas made submissions will be free to submit. Full length features as well as short films in the horror, science fiction, fantasy genres as well as animated films are all eligible to submit.

“Not only will we show the best genre films from around the world, we will also show the best horror and sci-fi films from Arkansans that the world needs to see,” said festival director Justin Nickels. “The Little Rock Horror Picture Show continues the excellence the Little Rock Film Festival brings to Arkansas every year.” Submissions will be open from July 1, 2013 until January 15, 2014. The Little Rock Horror Picture Show will continue making announcements leading up to next year’s festival.