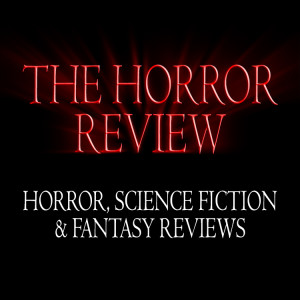 The Horror Review Site was one of the first Horror, Science Fiction, and Fantasy movie review websites. Started in March of 1999, the site only featured genre reviews in a short format to make for the on the go reader. In 2002 the format changed to the longer basic reviews, featured more content such as book reviews, interviews, and essays. The crew also grew as the sites creator, Horror Bob (Robert L. Brodmerkel) had a staff that featured members of the film industry, college professors, mega fans and even fiction writers. The site respectfully ended its run in 2013, after thirteen years on the internet. Now it will rise from the grave, being reanimated by the fine folks at JournalStone Publishing.

Horror Bob (Robert L. Brodmerkel) is the founder of The Horror Review (horrorreview.com) Now that the touch has been pasted on, his new venture is working on the popular Web series “In Fear Of”. Created by Scott W. Perry (Insatiable, Once, When I was Dead),  and now in it’s second season; each episode of the web series revolves around a  clinical phobia. Robert L. Brodmekel is now a series producer along with Perry and Tony DeBenedetto (Jacob, She Rises). He is also the writer/director of the episode Agoraphobia, the first science fiction entry into the series starring Anne Bobby (Clive Barker’s Nightbreed). For more information on Horror Bob please contact:  Robert L. Brodmerkel (Horror Bob):  Creator: The Horror Review/ Series Producer: In Fear Of Email:  [email protected] Website: http://infearoftheseries.com

JournalStone Publishing is a dynamic publishing house, focusing in the Science Fiction/Fantasy/Horror genres in both the adult and young adult markets. JSP also owns and operates the Hellnotes website, offering daily news and reviews of interest to genre readers and fans, Dark Discoveries Magazine, a slick, full color, distinguished and internationally distributed quarterly magazine and Bizarro Pulp Press, (next big thing in weird) an independent publisher of genre fiction.  We publish in multiple book formats and market our authors on a global level. We are also active with numerous major writer’s groups, including the Horror Writers Association (HWA), and produce a monthly newsletter with a large circulation.