Interview with Laurel Hightower, Author of ‘Whispers in the Dark’ 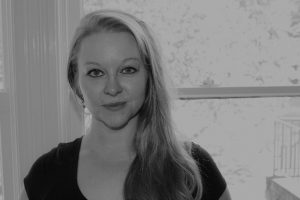 Hellnotes: First off, congratulations on the publication of Whispers in the Dark! This is your first novel, so we’re very pleased to have you here with us. To start off, could you tell our readers a little bit about Whispers in the Dark and what they can expect?

Laurel Hightower:  Thanks so much, I’m happy to be here! Whispers in the Dark is what I’d call a paranormal police procedural – the main character is a S.W.A.T. sniper, so some of the action centers around her police work, but paranormal, namely ghostly, elements weave their way in as the story goes on, much as they have in her life. So, it’s part horror, part thriller.

HN: Could you tell us a little bit about your inspiration for the novel? From the description it seems that Whispers in the Dark contains a number of diverse elements that we don’t always see mixed together. How did you decide to put those all together? Were there any particular works or other authors that were influential?

Laurel Hightower:  I’d say the overall inspiration came from a love of ghost stories. Books, television shows, movies – fictional or real life, I’m a sucker for a haunted house, or really a haunted anything story. Shirley Jackson’s Haunting of Hill House has long been my favorite, in particular that line about who’s hand am I holding – what a deep down, visceral scare that was.  I’m also a mystery lover, and some of my favorite characters have been fictional police officers – Jonathan Kellerman’s Milo Sturgis, P.D. James’ Adam Dalgliesh, Ian Rankin’s John Rebus, Lynn Hightower’s Sonora Blair. I liked the idea of putting supernatural stumbling blocks in front of a character with that kind of background. I also tried to consider what would be the realistic consequences of a lifetime of paranormal visitations, the effect it would have on her family relationships, her love life, her job, and her identity.

HN: Is there a particular passage from the novel that you’d like to share with us? One that might give us a sense of a character or the tone, or even just whet our appetites for more?

Laurel Hightower:  Sure – here’s one from the first chapter:

I was prepared for the mess I’d made of the top of his skull, but his face froze me in place. Even with my extra layers, my flesh crawled with cold and my chest went tight. He was looking right at me, his dead eyes dark and empty, his mouth locked in a teeth-baring grin. I was struck by a horrible sense of familiarity, something I couldn’t place; staring at his grotesque, frozen features, I had the unnerving sense that I knew him. As I watched, his lower jaw dropped and his head turned toward me.

“Hello, Rose,” he said in a voice at once impossibly familiar and completely alien.

HN: It appears that you come from a writing family, as your mother is a mystery novelist. Have you always been (or wanted to be) a writer?  When you began working on Whispers in the Dark, did you find yourself drawing on things you’d learned from her? In what ways did you steer away and down your own path?

Laurel Hightower:  I’ve always written, but for most of my life I never wanted to be a writer, if that makes sense. All three of us kids wrote stories in some fashion or another when we were little, and Mom held us to pretty high standards on our school writing, but as far as being a writer, not so much. I had firsthand experience of the deadlines, the uncertainty, the crazy late night revisions, and it wasn’t for me. But telling stories, getting them on the page, eventually became something I wanted to do, and now it’s one of my favorite past times. I definitely drew from Mom’s experience and teachings – novel planning, pacing, and she’s been giving me feedback since kindergarten. I think my path is always going to involve my day job, which I love, so hopefully I’ll keep finding time for writing.

HN: Elsewhere you’ve mentioned that you had been working on Whispers in the Dark in one form or another since 2009.  What was the process like writing this novel? You must have some moments of adversity, so could you share some of the ways that you found to persevere? Now that you’ve succeeded and brought it to life, what it’s like finally seeing your book in the world?

Laurel Hightower:  The process was…long, and winding. I was still finishing my degree in 2009 when I started this book, working full time and attending school full time, so I was busy, but getting my own stories down on paper was my happy place. There were times that I’d set Whispers aside for months, and pick it back up later. I don’t think I ever really expected it to see the light of day, so I wasn’t always motivated, and a lot of times life got in the way. For a couple of years I had a high stress job that made me feel like I didn’t have headspace for anything else, and I felt like if I didn’t have hours a day to devote to it, I should put it off. I think a lot of people feel that way, whether they actively write or just want to. What I found, though, was that giving myself 20 minutes in the morning just to read through scenes, or getting a page or two down on the weekend, was enough. It kept the plot and characters front and center, and meant the world of my book was always with me, so I could come up with ideas or problem solve even when I wasn’t actively writing. My advice to anyone would be to take whatever time you have, even if it’s five minutes a day, and at least start it. Write down some dialogue, do some research, sketch out a character background. And I cannot stress it enough – plan your novel. I didn’t do that until I was at least halfway through, and it meant so much more time spent on revisions and veering down dead end paths.

Seeing Whispers out in the world is surreal – it’s amazing, and also nerve wracking. It’s exciting to see that red cover in people’s hands (man I love that cover) and to know that strangers are meeting Rose and Sam and all my other characters. It’s also made me vulnerable. Writing is art, and art has a lot to do with ego. When it was just my world it didn’t matter what anyone else thought, but I’m a reader as much as a writer, and now that it’s out there, I hope people are enjoying it.

HN: You’ve also noted in other places how it can be difficult to do self-promotion, which is a feeling a lot of people share. How have you been dealing with that as you promote Whispers in the Dark?  Do you have any lessons that you’ve learned that you’ll carry forward to your future books and that you can pass on to other authors?

Laurel Hightower:  This is a great question, because the promotion aspect of it was something I didn’t anticipate, especially way back in 2009 when I started writing this novel. I had terrible social anxiety, up into my twenties, to the point where starting a conversation with someone, or meeting new people, made me feel like my mouth was encased in cement. I’ve worked through a lot of that (and my friends now don’t know how to shut me up) but I still have a touch of it, and nothing has brought it out quite like having to promote my book. One of the things I’ve learned is to take it in small bites. I make lists of marketing tasks for myself, and try to get one or two small things done a day, so it doesn’t overwhelm me. Tap your friends for ideas on reaching audiences, maybe even to do your social media posting for you. I make sure to spell out my appreciation to my audiences, and to my social networks as I post. Being a writer’s daughter means I’ve observed that people have anxiety the other way – they might think a writer doesn’t need or want them at a book signing, or a release party, or to reach out and write a review. Believe me, the majority of writers are glad for the help, and for your presence. I don’t mind if you don’t buy my book, it’s not going to be everyone’s taste, but sharing it on social media? Telling your horror fan friend about it? Just reaching out and telling me congratulations? I’ve been grateful for every interaction. So as hard as it is, take a breath, put yourself out there, even if only for a minute, and express gratitude for the people that cheer you along the way.

Laurel Hightower:  I think Whispers is a standalone – for me, Rose’s story has been told, and I don’t feel the need to explore it further. I got right back to work as soon as I shipped Whispers off, which is another thing I’d recommend. Once your book is in someone else’s hands – agent, editor, whoever – start working on the next thing, it’s a great distraction. I’m glad I did, because I have a ten month old son now, and nowhere near as much time to write. At this point I have several other novels in various stages of revisions, and one I’ve finally managed to polish enough to send to my agent. I’ve stuck with paranormal and thriller themes, since those are what I love to read, but I’m open to trying new things. For future projects, I’d love to start crafting something in the horror genre with more subtlety, to achieve something like what Paul Tremblay has done with Head Full of Ghosts and Disappearance at Devil’s Rock. It’s the kind of thing that will take a lot of planning and cerebral work before I put any words on the page, so here’s hoping I find the patience for it.

Bio: Laurel Hightower grew up in Kentucky, attending college in California and Tennessee before returning home to horse country, where she lives with her husband, son, and two rescue animals. She works as a paralegal in a mid-sized firm, wrangling litigators by day and writing at night. A bourbon and beer girl, she’s a fan of horror movies and true life ghost stories.

Whispers in the Dark is her first novel.