Interview with Award-Winning Actress and Star of ‘The Time War,’ Tracey Birdsall 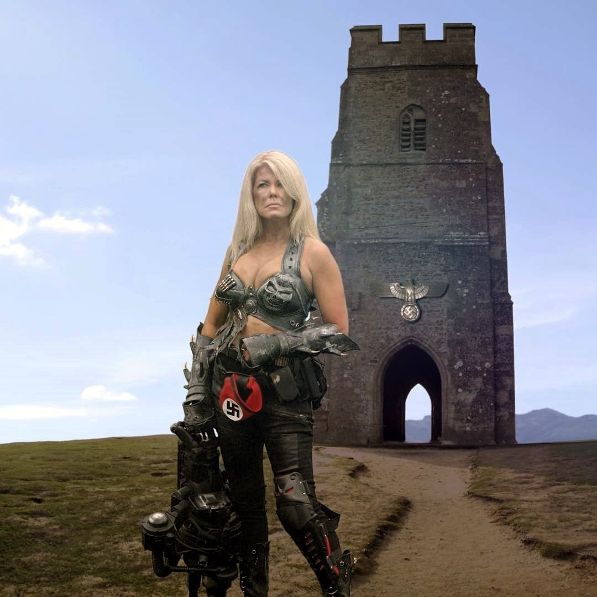 Award-winning actress Tracey Birdsall is gearing up for the battle of battles. In The Time War, she’ll take on Hitler!

Dan Ashenden: I’m assuming most that end up doing genre films are fans. Are you?

Tracey Birdsall: I’m a huge sci-fi fan, of course, but I also enjoy films of different genres! I happen to be in my element, however, doing sci-fi and action.

What movies were you bred on growing up?

My dad was a sci-fi guy, so I was raised on Planet of the Apes, Star Trek, Logan’s Run, etc. It leaves a mark on you as you learn to think outside the box on “what could be.”

Is there a movie that has a ‘very’ place in your heart?

Logan’s Run was one of my favorites growing up – it made me think – every minute became important to me. Planet of the Apes made me think of the value of animal life and our similarities, then there’s always Citizen Kane, Vertigo, and 2001: A Space Odyssey… need I say more?

Do you think this movie resembles any of your favorites from your youth?

Only in its resonance in my heart.

I imagine that any actor prefers having a lead role or a supporting role in something, but it must also be more stressful knowing you’re a ‘star?’

We are just one of the many links in a chain necessary to put out a film. I’m a working actor, and I work hard for what I do.  I take no shortcuts, and I take my job and my life very seriously. To me, a star is in the sky… There is no stress in doing one’s job.

How did you psyche yourself up at the start of the day to play this part?

When you allow yourself to prepare above and beyond what is expected, and to live the role, it’s just another day in your life. You are this character. All mannerisms and characteristics that have been developed and planned become part of the being that you live. It’s not a psyching up; it’s an actual living and belief.

Where does she end and you begin? Are there many similarities?

We look very similar, but that’s where it ends. When I create a being to bring to life, there’s a separation from my actual essence. What’s most important about this is that there’s no judgement or expectation. The character with all of her specific nuances simply lives her life.

If you could only show people one two-minute sequence from the film, what moment would it be?

There’s a scene on the beach in the Salton Sea wherein Sienna realizes what she is and fights back emotionally and somewhat physically with Blister – as he is aware entirely. That scene, to me, encompasses all that she is.

Tell us what you’ve got coming up next year!

The Time War, which encompasses the hardest I’ve ever worked, is due out in 2018. I live the lives of a character across a multitude of timelines, and they interact also with each other. I play the daughter of Hitler, and also his nemesis. It’s a pretty incredible journey…