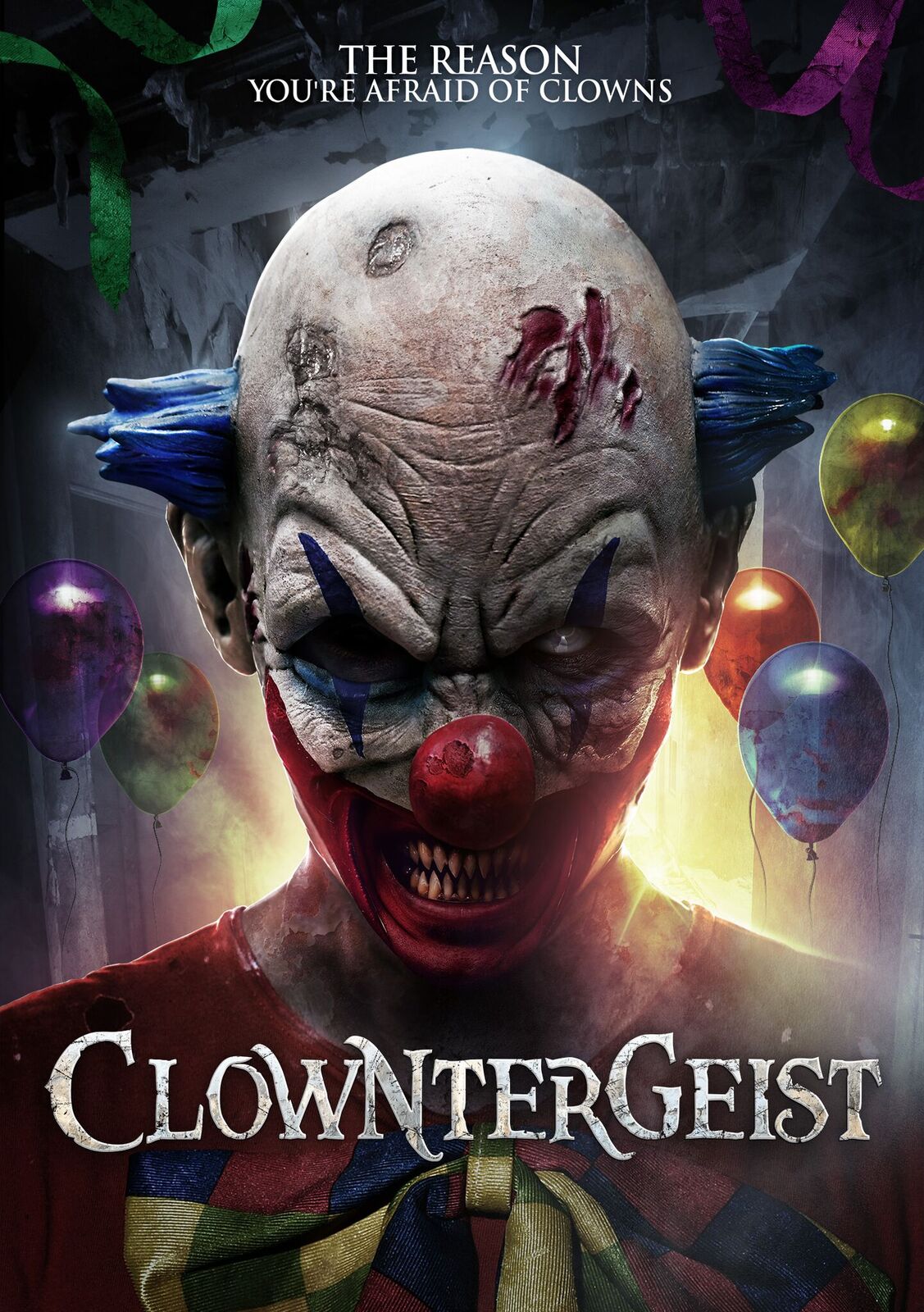 Aaron Mirtes is the writer-director of September’s ‘other’ killer clown movie, Clowntergeist.

Where did the idea for the story come from, Aaron? Did you write the movie with a budget in mind?

In 2012, back in high school, I had an assignment in theatre class to get on stage and tell a story that would move people. I decided to tell a story that has haunted me my whole life, the urban legend of the clown statue. It horrified them and everyone told me to make a movie out of it. I made a short film out of the legend that people really loved, so when I started my first feature in 2014 I kept coming back to this idea of the clown statue. What happens next? Why is he there? What’s his story? Thus, Clowntergeist was born.

I went in fully expecting to have absolutely no money. My biggest fear is to accidentally make something great. So often we see low-budget masterpieces that were masterpieces on accident. The director says “oh, we only did that because we had no money!” I wanted everything on this movie to be deliberate and intentional. So I went in knowing we’d have a tiny budget. While there were small changes, the movie wasn’t that different in terms of scale, size, and special effects from the first draft.

How much of the film was in the script and how much of it simply came together on the set?

I’m very methodical when I work, so I have everything pretty much planned. There are always exciting ideas and opportunities once you start collaborating though. The actors improvised quite a bit and really built their characters from the ground up. I like to give the actors a lot of creative control and let them make the character their own. The horror scenes, however, are exactly as they were on the page.

Did you always intend for this to be your first major movie?

No! Originally it was a $7,000 movie that I was going to shoot entirely in Nashville. It kind of exploded as I dug up more and more money. Then a friend of mine out in film school in LA convinced me to shoot it there since he has connections to cheap crew and equipment through the film school. Before I knew it we were running a decently sized production out in LA with a bunch of film school students.

How hard is it to write ‘scares’ into a screenplay?

That’s probably my only natural skill as a writer. Characters, plot, dialogue, these are all things I’ve really had to practice at and get notes from other people on. Scares have always been my greatest strength. I’m also seeing that more and more as reviews come in. Critics seem to be agreeing that scares are my strong suit. I think it’s because writing a scare is so like directing. It’s about blocking, editing, sound, and acting. It so much fun to sit in the dark with scary music and let the scene play out in your head. To walk around the house at three in the morning letting yourself get scared. I also like to write in the attic in the pitch black with scary music playing. It’s hard not to write scary scenes at that point!

Is sound as important to you as vision?

Absolutely. Music in particular. I’ve worked with the same composer on dozens of projects now and we always strive to make scores that evoke primal reactions from the audience. Sound effects and music are often treated separately, but since I did the sound on this movie I really worked with the composer to marry the two and make an immersive, exciting, horrifying sound mix.

I’m still learning about that, honestly! Reviews are just now coming in. Luckily, critics are being very kind to our movie. I think it matters more in the big-leagues than in the micro indie scene. At this level, simply getting a movie made and out into the world is a big deal.

What’s shocked me about critics is how willing I am to listen to what they have to say. I was very against the idea of critics but as reviews have come in, good and bad, they say some things that I as a filmmaker can really learn from.

Are you happy with how the horror community are embracing your film so far?

Ecstatic! People are having a lot of fun with it, and that’s all I could ever hope for. That’s what horror movies are all about! Showing people a fun, thrilling time!