Press Release: Horror Icons such as Corey Taylor, Bill Moseley, Eli Roth, Corey Taylor, Ken Kirzinger, Michael Berryman, Andrew Divoff, and R.A. Mihailoff are uniting together in the upcoming documentary ICON: The Robert Englund Story, to celebrate the iconic status and career of genre legend Robert Englund. As well as celebrating his Horror Iconic status the documentary will also focus on his 40-year career with exclusive interviews with the cast and crew from his countless movies.

The documentary is now live on IndieGoGo and the makers of the project need your help to raise funds to get it made. You can head over to https://igg.me/at/ICONDOC/x/16663677 and choose from a wide-range of perks including signed posters, copies of the Blu-ray and DVD, producer credits, pins and much more. Without your help this project won’t be possible!

From the makers of RoboDoc: The Creation of RoboCop, Pennywise: The Story of IT, and You’re So Cool, Brewster! The Story of Fright Night, comes this brand-new documentary celebrating the work and iconic status of one of horrors most-loved actors – Robert Englund. Since first donning a tattered fedora and a glove of eviscerating blades in 1984, Robert Englund has become one our generation’s most beloved horror icons. Englund has risen to stand shoulder-to-shoulder in the pantheon of movie legends alongside such greats as Boris Karloff and Christopher Lee. His portrayal of Freddy Krueger is without doubt a moment as visceral to the horror genre as Chaney’s werewolf or Karloff’s ground-breaking realisation of Frankenstein’s Monster. Yet few realise the depths of Englund’s true power as a character actor away from the latex mask and iconic red and green jumper. A classically trained actor and talented director, Englund has starred in many well-received movies in the years since Freddy’s cinematic birth as well as directing his own feature film.

This documentary will explore who the man behind the mask truly is, charting his early days in TV and film to his current stratospheric status in the horror universe. Including intimate interviews with friends and colleagues as well as the man himself, ICON will answer the fundamental question – “Was playing an iconic movie character a gift or a double-edged sword for such a versatile and talented actor?”

With interviews from Robert himself as well as Nightmare on Elm Street alumni, and cast and crew of the likes of Urban Legend, 2001 Maniacs, 976-Evil, Behind the Mask: The Rise of Leslie Vernon, Wishmaster, V, Dead and Buried, Phantom of the Opera (1989), and many more, ICON is truly a celebration of the horror genre classics from the 1980s to present day.

ICON will also explore the fandom of Horror Icons such as Kane Hodder, Doug Bradley, Michael Berryman, Bill Moseley, Brad Dourif, and Tony Todd, as well as many others, and how cinema has created such iconic and memorable horror characters in the same vein as Robert Englund’s Freddy Krueger!

Writer, producer, co-director, and life-long Robert Englund fan Gary Smart said, “Working on this project with Robert is like a dream come true, having been a huge Freddy fan for as long as I can remember. One major thing we want to ensure in the doc is Robert’s work beyond Freddy Krueger. Robert is a natural comedian and a versatile character actor; his wealth of movies will be explored as well as other Horror Icons discussing Robert’s impact on the genre. It’s now really important to get the documentary funded on Indiegogo so we can get working on the production and give Robert the project he deserves.”

Producer Michael Leavy adds, “Robert Englund is the epitome of a horror icon because he created a character that at this point has taken on a life of its own. He embodied Freddy Krueger and to this day that character still lives and breathes in pop culture. Even if you haven’t seen any of the Nightmare on Elm Street films, you still know who Freddy Krueger is, and that’s an extremely powerful compliment to an actor’s performance in how strong it is. His creation is up there with classics such as Frankenstein, The Wolfman, and Dracula. Robert has given his life to Freddy and in return Freddy Krueger has been ingrained in our society’s psyche for generations and will be for many generations to come.”

Chris Griffiths, co-director states, “I can’t think of a more fitting title than this to describe Robert Englund. He really is the modern horror icon who, like Boris Karloff and Bela Lugosi before him, has become synonymous with not only his screen persona but the (horror) genre as a whole.”

Producer John Campopiano stated, “Robert Englund is an icon for several reasons: one is that he had such a long run playing such a memorable character in a beloved horror franchise. The other reason is that over the course of his vast career he has played such varied characters in many different genres. His unique look and charismatic on-screen presence and voice has made him a staple – an icon – in movies for the last 40 years.”

As with all Cult Screenings Documentary Projects, ICON: The Robert Englund Story will be fan-funded and will launch on Indiegogo https://igg.me/at/ICONDOC/x/16663677 from June 1st for 30 days – this is an amazing opportunity for horror fans, Freddy fans, and fans of Robert to be a part of this amazing celebration of horror Icons and the man who brought Freddy Krueger to life over 30 years ago!

ICON is the ultimate celebration of horror cinema’s most iconic actors as well as the cast and crew of his films and other iconic horror stars of our generation. 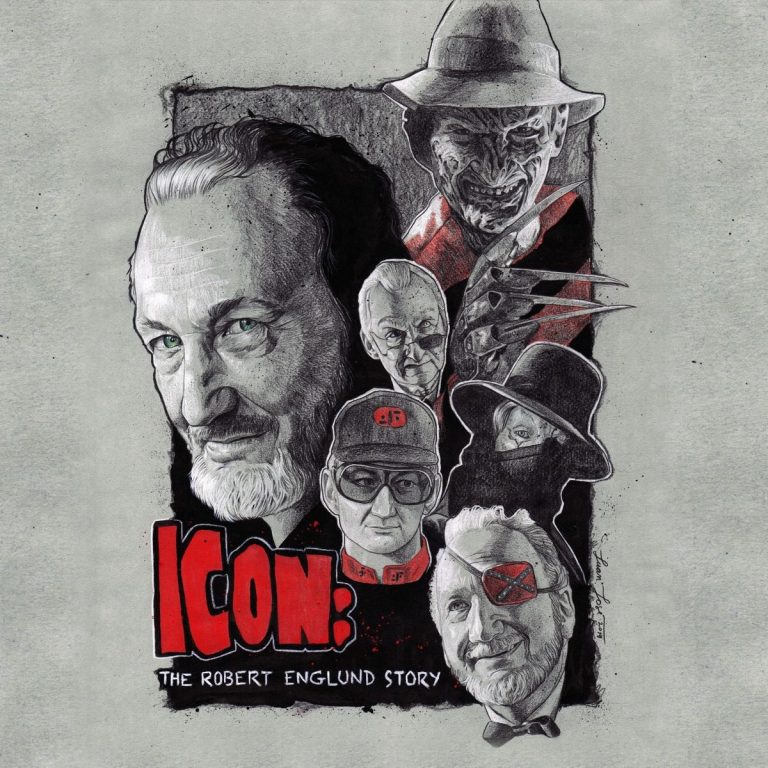