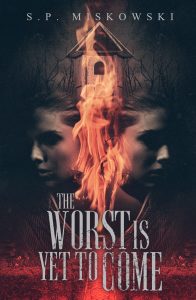 As Women in Horror Month continues, Trepidatio author S.P. Miskowski gets a killer interview over at Horror Tree!

…[T]he horror community has been shining its beam on Miskowski’s work for nearly a decade. Her 2019 novel The Worst is Yet to Come and 2017 novel I Wish I Was Like You received Bram Stoker Award nominations for Superior Achievement in a Novel. She also earned Shirley Jackson Award nominations for her novel Knock Knock (2011) and for her novellas, Delphine Dodd (2012) and Muscadines (2016).

Read the full interview at https://horrortree.com/wihm-horror-tree-presents-an-interview-with-s-p-miskowski/.