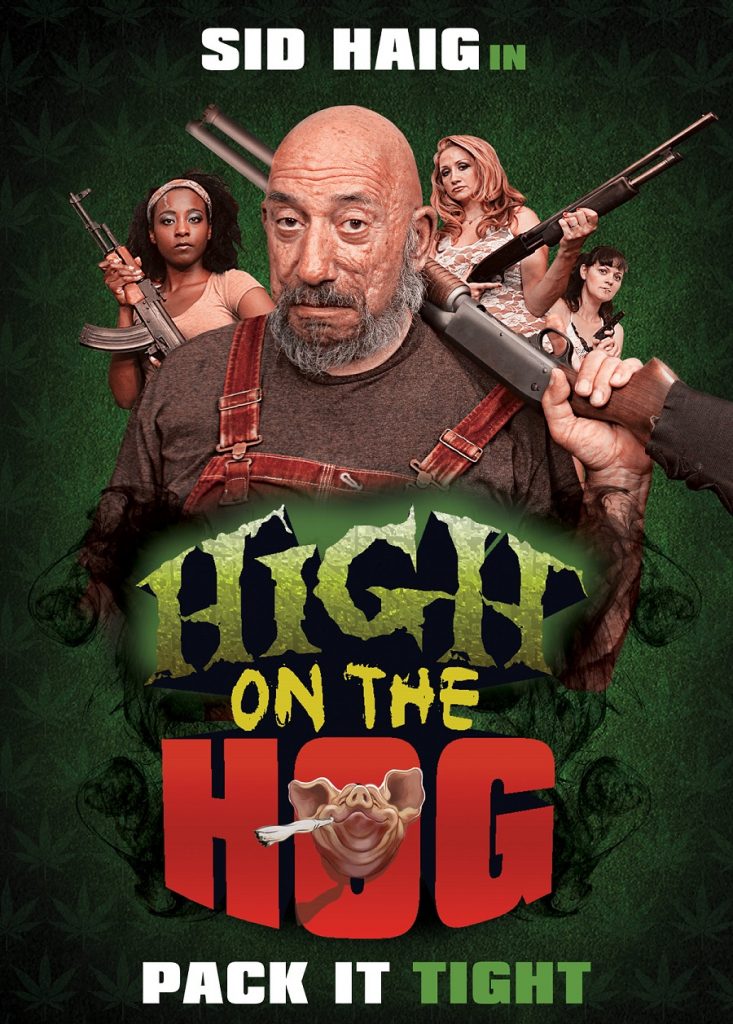 Indican Pictures has picked up distribution rights to Tony Wash’s High on the Hog. The film stars Sid Haig (3 From Hell), Joe Estevez (Public Enemy), and Robert Z’dar (Maniac Cop I & II & III), in his final role. The film is a genre bender as Big Daddy (Haig) fights against the government to maintain his grow-op. Haig is also the producer on this grindhouse feature, with early details on the release of High on the Hog available now.

Part comedy and part horror, High on the Hog takes place on a remote farm. Here, everything is grown, including the green herb. But local government officials need a bust and they have targeted Big Daddy’s farm for their hit. Big Daddy is ready for the federales, with his arsenal of weapons and take-no-prisoners farmhands. And, just before the big fight, they have to pack that pipe tight!

Indican has slated the film for an initial theatrical launch. On April 19th, High on the Hog will show in several cities. Cities hosting the theatrical showings include: Australia, Canada, the United Kingdom, and of course the USA. Just picked up at the Berlin Film Festival, Indican expects a wider launch, on home entertainment formats, at a future date. Recently, Haig says of the film and its debut: “I’ve always loved the grindhouse action movies of the 70s and am happy to make this off beat, modernized take on them!”