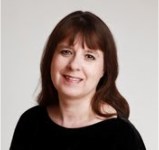 Confession time. I am, mea culpa, slightly ambivalent about the modern horror genre. I know! What an admission, and on a website dedicated to horror. Before you exorcise me, let me explain. It wasn’t always this way.

Look at my bookshelves and you will find books by the masters (and mistresses) of horror: M.R. James, Mary Shelley and Edgar Allen Poe. There are also books and stories by Henry James, Saki, Stephen King, James Herbert, Clive Barker, William Hjortsberg and others writing in the horror genre. I read and enjoy tales of things that go bump in the night (and scream during the day). I even write and publish horror stories myself and yet, despite this proof of horror appreciation, when choosing new books to read and review for magazines such as Morpheus Tales, I always say my preference is for fantasy or science fiction, then paranormal and only as a last resort, horror.

Interestingly, when the last resort becomes the only resort, I find I enjoy much of what I am given to read, and yet, and yet…

Perhaps my issues relate not to a dislike of modern horror, because clearly I don’t dislike that much of it, but a failure, on my part, to grasp the fact that horror has become an exceedingly wide church, capable of embracing the classics and a wide, vermillion-hued spectrum of sub-genres ranging from the artfully discreet to the full-out gross-out. With so many different types of horror-writing available, it’s inevitable that not everything laid out on the table is going to appeal to my palate. Perhaps it’s just not possible to like everything within the extensive modern horror canon.

Maybe I should attempt to detail the type of horror I like and then you’ll find it easier to see what I’m uncomfortable with.

I like my horror atmospheric, intricate and unobtrusively gothic, also subtle, intelligent and even delicate. I like horror that makes me think. I find things unseen and implied, scarier than stuff that is dollopped up in front of my nose, steaming, bleeding and still twitching. Give me Henry James’ “Turn of The Screw” over Saw 25 any day. I also appreciate the psychological element of horror stories: how things play out in the characters’ minds, as well as the reader’s.

On the negative side of things, I don’t want my horror too obvious. I have no problems with gore, per se, but gratuitous gore, unnecessarily severed limbs and excessively graphic anything – violence, sex, external exploration of internal viscera, leave me cold and not even slightly clammy. I don’t object to offal. It’s just, I’d rather have it pan-fried in virgin olive oil with onion and garlic, than served up fresh and glistening every other page.

From my perspective, it seems that an increasing trend in modern horror is the more is more approach. Perhaps it was inevitable. With CGI and the like, at the cinema, DVD player and lap-top, creating visually what once had to be imagined, writing has gone to greater and greater extremes in an attempt to shock. As a result, I have become inured to extremes, blasé even: numb rather than horrified. It’s a bit like being hit over the head with a padded hammer. The pain is muffled and eventually you stop feeling it, but it’s still nice when it stops.

Give me old fashioned subtlety and nuance every time.

Needless to say, what I write tends to reflect my fascination with atmospheric and psychological darkness. I would classify my novel, A Darker Moon, as dark psychological fantasy rather than horror, because it lacks the physically raw and bleeding tendencies I associate with modern horror stories, but with the Church of Horror being as broad as it is, maybe there is room within it for my slightly literary tale of damaged anti-hero, Abe Finchley, an orphan with no roots and no family ties who spends his life chasing after the image of one particular woman. When he finally finds her, what he discovers is not just love and overwhelming passion, but also a dark and violent family history that spans generations into humanity’s deepest past. And then there is Eve. Eve is the woman of Abe’s dreams; but dream is just another word for nightmare, and Abe knows all about those.

A Darker Moon is a mythical tale of light and shadow and the unlit places where it is best not to shine even the dimmest light. The mythical element leans the book towards fantasy, but the darkness clasps the roots of horror.

So, perhaps I should rethink my stated ambivalence towards horror and say instead that I acknowledge, with awe, the width and depth of the horror genre, but recognize I am not going to be partial to everything that is served up as part of its midnight feast. Nevertheless, there is room at its ample table for me to dine delicately and be picky with my food, whilst the guy in the ripped gimp mask slurps up his steaming repast at the other end of the table.

About The Author: J.S.Watts is a British writer. She was born in London, England and now lives and writes near Cambridge in East Anglia. In between, she read English at Somerville College, Oxford and spent many years working in the British education sector. She remains committed to the ideals of further and higher education despite governments of assorted political persuasions trying to demolish them.

Her poetry, short stories and book reviews appear in a variety of publications in Britain, Canada, Australia and the States including Acumen, Envoi, Mslexia and Fantastique Unfettered and have been broadcast on BBC and independent Radio. She has been Poetry Reviews Editor for Open Wide Literary Magazine and, until its demise, Poetry Editor for Ethereal Tales. Her debut poetry collection, Cats and Other Myths and a subsequent poetry pamphlet, Songs of Steelyard Sue are published by Lapwing Publications. Her novel, A Darker Moon, is published by Vagabondage Press. Further details of her books can be found on her website. You can also find her on Facebook.