Press Release: ORLANDO, Fla. (August 15, 2019) – The screams featured at this year’s Halloween Horror Nights will come to life in a whole new way with the debut of the nighttime lagoon show, Halloween Marathon of Mayhem. Guests will watch as terrifying moments inspired by some of the Halloween classics taking over the event come to life right before their eyes in the Universal Studios Florida lagoon.

Universal Studios’ Halloween Horror Nights is the ultimate Halloween event. For more than 25 years, guests from around the world have visited Halloween Horror Nights to become victims inside their own horror film.  Multiple movie-quality mazes based on iconic horror television shows, films and original stories come to life season after season. And, the streets of each park’s event are transformed into highly-themed scare zones where menacing scare-actors lunge from every darkened corner. 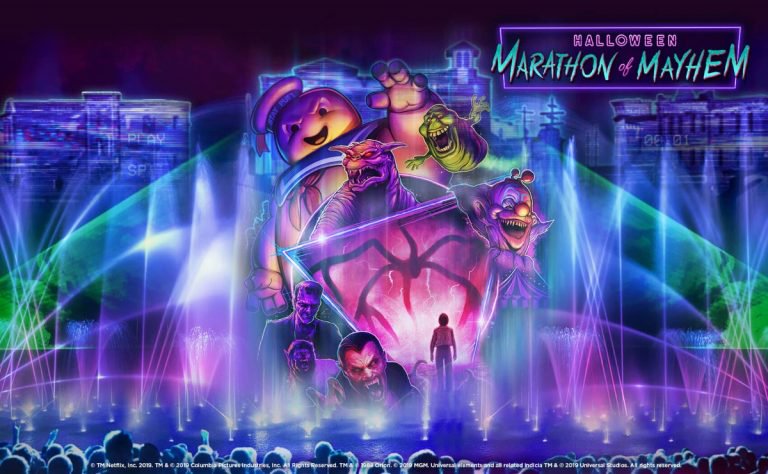