“Grey Matter Art, under license from 20th Century Fox, and in partnership with Acme Archives and Dark Ink, are pleased to announce the release of a new officially licensed limited edition screen-print for Director Ridley Scott‘s 1979 science-fiction horror masterpiece Alien by Karl Fitzgerald. With Scott’s directing and Jerry Goldsmith‘s musical score, to Michael Seymour’s art direction and H.R. Giger‘s special effects, Alien is a frightening and tension-filled experience. It is regarded today as one of the most influential horror films of all time and still stands up as one of our favorites ever. We are so happy to celebrate the 40th Anniversary of Alien, we are true fans of the franchise and honored to be releasing this beautiful 24×36 screen print for Alien Day!

And be sure to sign up for our Newsletter too!” 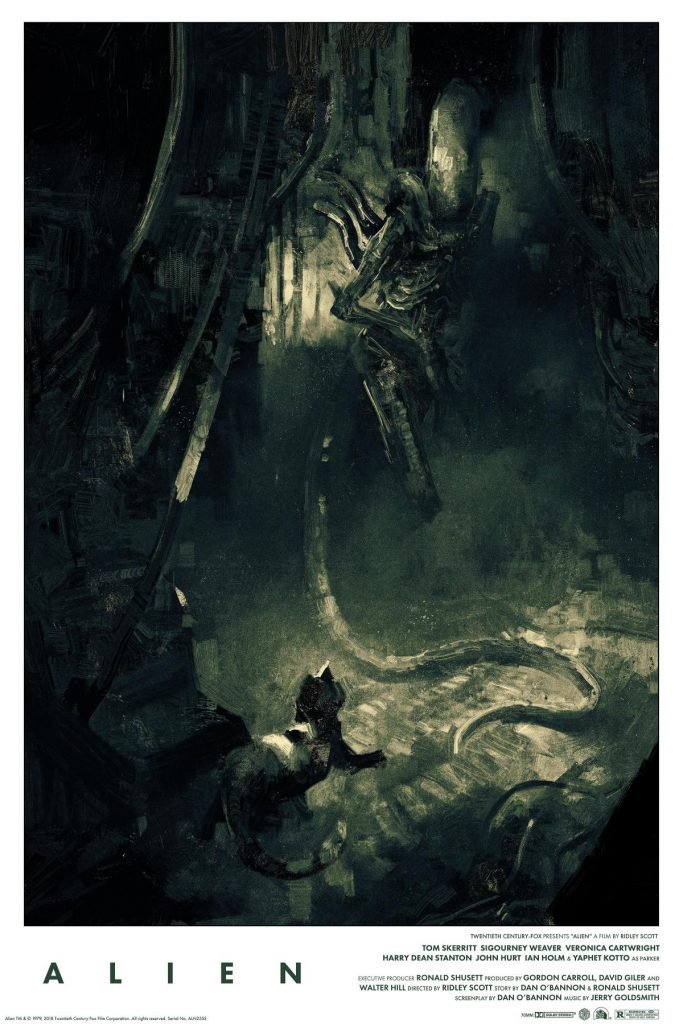 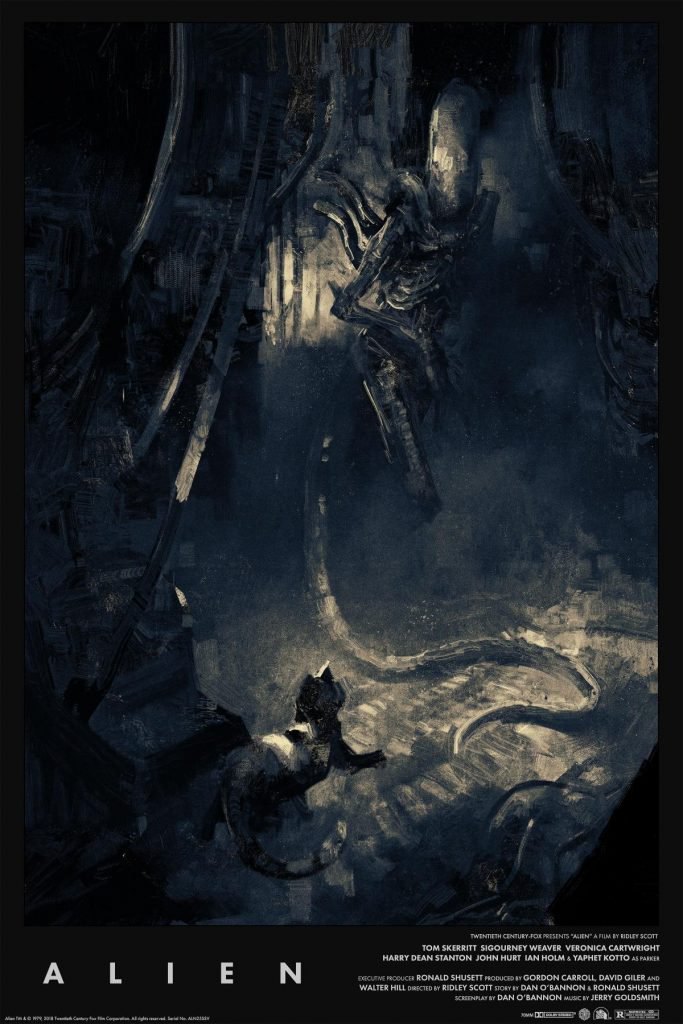