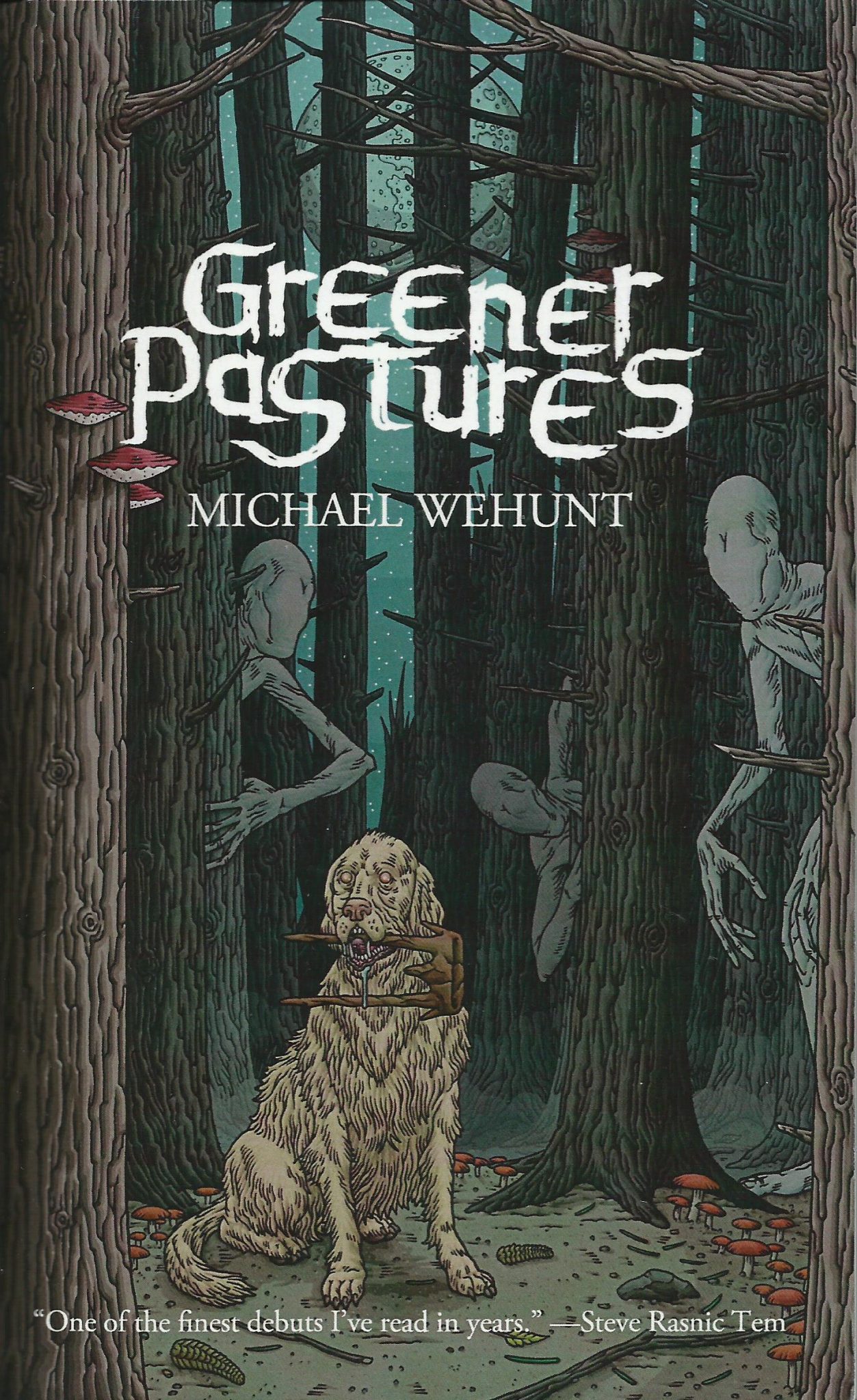 I can’t think of a more esthetically aligned writer than Simon Strantzas to introduce a Michael Wehunt collection. Unlike the all-too-common “My Pal the Author and I have emptied a lot of bottles at various conventions and I just love him” sort, Strantzas’s “Of Insects, Angels, and People Too Tired to Go On,” is both appreciative and useful.

As a writer with decades of service in the darker bowers of fiction and nonfiction, I have difficulty finding stories at any length that manage to enthrall, disturb, and evoke what psychologist Carl Jung called the Other—a manifestation of sometimes (but not always) overwhelming strangeness, profound enough to fragment everyday assumptions of consensus reality. Because publishing has been seriously wounded by the commercial necessity of appealing to the Average Reader (whoever that is), vision is a quality rarely found in contemporary storytelling. It can, though, be found in work by Laird Barron, Martin Mundt, Letitia Trent, Tamsyn Muir, Jeff Vandermeer, Thomas Ligotti, M. John Harrison, and a few others. Michael Wehunt has vision.

I believe what we’re really talking about is temperament. A capacity to enter the unknown, unearth its artifacts, and return mostly unscathed. Writers with such hypervigilant perceptions aren’t often concerned with plot, comfort, and entertainment. If you’ve read any of the names dropped above, probably you can attest to experiencing genuine dread and even the prized existential nausea. Readers who enjoy pulpy plot-driven narratives inspired by TV, movies and (worse) role-playing games either won’t comprehend Greener Pastures or—more likely—be unable to process their own unease.

Despite my caveat against non-literary influences, the collection’s title story, “Greener Pastures,” manages at once to fulfill Wehunt’s desire to write a Twilight Zone-like yarn and transcend that excellent tradition by way of an “anti-ghost” story. Long-distance truckers cover vast stretches of America’s Big Empty, and endure a particular sort of loneliness. What if all the blank spaces on the map are haunted by voices, but not those of the dead? “A Discreet Music” explores loss and grief with heartbreaking intensity; how the complexities and possibilities of love can torment us even when we’ve found our One True. If you’re yearning for a story of visionary metamorphosis and surging emotion, this is it.

Wehunt’s versatility is on display in the found-footage chronicle of “October Film Haunt: Under the House.” Like the author, I’m a sucker for this type of story (at least in its Blair Witch Project guise), and he takes it well beyond the format’s conventional design tolerances. I hope you cringe (in fear) as much as I did. A great mix of subtlety and outright horror. Wehunt himself admits to treading the liminal space around cosmic horror, and occasionally plowing right on through. “Onanon” is driven—in my less-than-humble opinion—as much by Lovecraft as it is Machen and T.E.D. Klein, but builds and builds to a finish rendered more devastating by its quiet revelations.

Themes of loss, yearning, denial, guilt, anxiety, and depression thread through Greener Pastures like the human roots they are. Wehunt’s sensitively textured fictions demonstrate that in spite of what might lurk “outside,” humans are more haunted, and haunting, than any house, landscape, or patch of sky.

The end matter comprises Wehunt’s Story Notes, and those (like me) who enjoy glimpses into the creative process, its quirky starts and stops and hungers, will appreciate the author’s generosity in providing such fascinating insights. Greener Pastures clearly displays the arrival of a major talent, and I look forward to future work by Michael Wehunt.