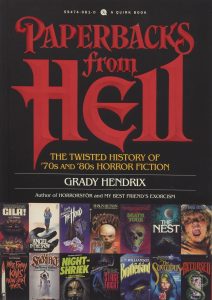 Grady Hendrix has written about the confederate flag for Playboy magazine, covered machine gun collector conventions, written award shows for Chinese television, and answered the phone for a parapsychological research organization. His novel, Horrorstör, about a haunted IKEA, has been translated into 14 languages and he’s also the author of My Best Friend’s Exorcism, now out in paperback. He recently wrote Mohawk, a horror movie about the War of 1812 which premiered at Montreal’s Fantasia Film Festival. His latest book is Paperbacks from Hell, a non-fiction history of the horror paperback boom of the Seventies and Eighties. 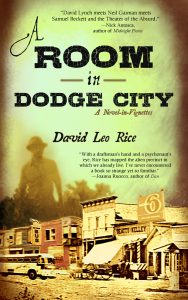 David Leo Rice is a writer and animator from Northampton, MA, currently living in NYC. His stories and essays have appeared in Black Clock, The Believer, The Collagist, Hobart, The Rumpus, Vol. 1 Brooklyn, and elsewhere, and his animations have played at festivals around the world. A Room in Dodge City, the start of a trilogy, is his first novel. It won the 2016 Electric Book Award and was published this year. He recently finished a standalone novel, Angel House.