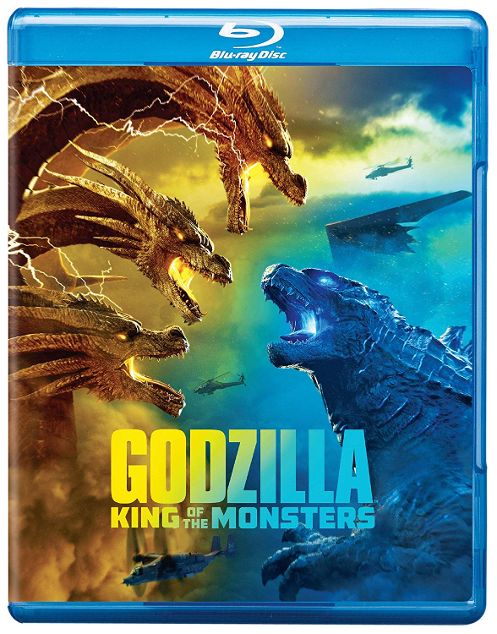 You know what I like in my Godzilla movies? Godzilla. I know, I know, that’s pretty weird, and after Godzilla 2014, clearly not the cool thing to like or expect in these modern and enlightened times of ours. I guess call me old fashioned. So when I got this new Godzilla film to review, the precursor to the upcoming Godzilla vs. King Kong big event, a film that solidly cements the “Monster Universe” as a real thing now, I was a little hesitant to give it a watch. I mean, the last movie was so bad as to be almost insulting to Godzilla fans, and how often does Hollywood actually learn from their mistakes? But then a ray of light, a glimmer of hope: it was going to be directed by Michael Dougherty, he who gave us the wonderful Trick ‘r Treat and Krampus. So was I pleasantly surprised by this latest Hollywood take on the legendary treader of Tokyo, or was this another disappointing adaptation of a very simple formula? Well let’s find out.

Right off the bat this movie seems to want to allay fears of the fans that this would be more of the same from 2014, and it gives us the big green guy within the first two minutes of the movie. And no “clever” winks and nods, like showing Godzilla only on the TV or closing the bunker doors on him as soon as he shows up to fight. Yes, Godzilla 2014, I still haven’t forgiven you for that crap, you pretentious twit. Not only that but the monster quotient is through the roof, as you not only get Godzilla here, but his good frenemy, Mothra, the big bad bird known as Rodan, and his greatest foe of all time, the awesome three-headed dragon, Ghidorah. And who knows, you might get even more. This monster showdown is given center stage and you know what, that’s how a Godzilla movie should be. So three cheers to Michael Dougherty and Warner Brothers for having the common sense to “let them fight!”

That’s not to say the human side of the equation is overlooked here. No, you’ve got the always excellent Vera Farmiga as a mother and scientist with issues, Stranger Things‘s Millie Bobby Brown as her daughter, the ever-impressive Kyle Chandler as her daddy, that always wonderfully wicked Charles Dance as an eco-terrorist, Bradley Whitford as someone who sadly doesn’t get enough screen time, and continually cool Ken Watanabe reprising his role from the first film. These men and women make up two sides of a battle, with one side trying to awaken and release all the sleeping monsters of the world to give it a good cleansing, and the other belonging to the government monster hunters/researchers called Monarch. Everyone here does a fine job in their roles, even if some are a bit short, and the direction by Dougherty is topnotch. He shows off his gift for direction, effects-heavy action, and props must be given to all the effects houses who worked on this, and nothing comes off looking too CGI-cheesy.

On to the extras on this new Blu-ray, DVD, digital triple pack from Warner Brothers. First off, there is an audio commentary track with director and co-writer, Michael Dougherty, co-writer Zach Shields, and actor O’Shea Jackson Jr. Then there are a lot of featurettes to be found here. “Monsters 101” comprises four short (about 5 to 6 minutes each) looks at all five of the big bad monsters in this movie (Godzilla, Mothra, Ghidorah, and Rodan). “Evolving the Titans” is another collection of short minis, all about the same size and length as before, about updating and bringing the previously mentioned monsters to life for this film. “Monarch in Action” is a featurette all about the human organization that tried to deal with things in this movie, and “Monster Tech” is a look at the cool toys Monarch uses in their fight against the monsters. “Monsters are Real” is about humanity’s love of monsters, and lastly there is a spotlight on the young and talented actor, Millie Bobby Brown. There is also a collection of deleted scenes, and theatrical trailers to bring this impressive collection of goodies to a close.

I really enjoyed my time with Godzilla: King of the Monsters. It more than made up for what came before and it has me looking forward to the aforementioned upcoming brawl between Kong and ‘Zilla. If you want big monsters beating the hell out of each other while looking good doing it, this movie is for you. It’s for me and I can highly recommend it.