‘Get My Gun’ Theatrical Release Announced for September

GET MY GUN, following its festival run, is now making its way onto the big screen at theaters in select cities this September. Met with critical praise from some of the top genre outlets, ‘GET MY GUN is an absolute triumph of a film – a smart and compelling script that is flawlessly executed by way of three powerhouse female performances.’ ~ Stephanie Malone (Morbidly Beautiful)

Written and directed by Brian Darwas, ‘GET MY GUN is a grindhouse gem that tells a grueling tale of female empowerment, and doesn’t hold back’. ~ Daniel Kurland (Bloody Disgusting).

Synopsis: Cleaning hotel rooms is how Amanda (a fearless Kate Hoffman) makes ends meet, but one day, she enters the wrong room. Brutally attacked, Amanda is left both emotionally shattered and pregnant. Looking to forge ahead, the resilient young woman must to tap into her basest survival instincts when a relentless stalker makes their intentions known. 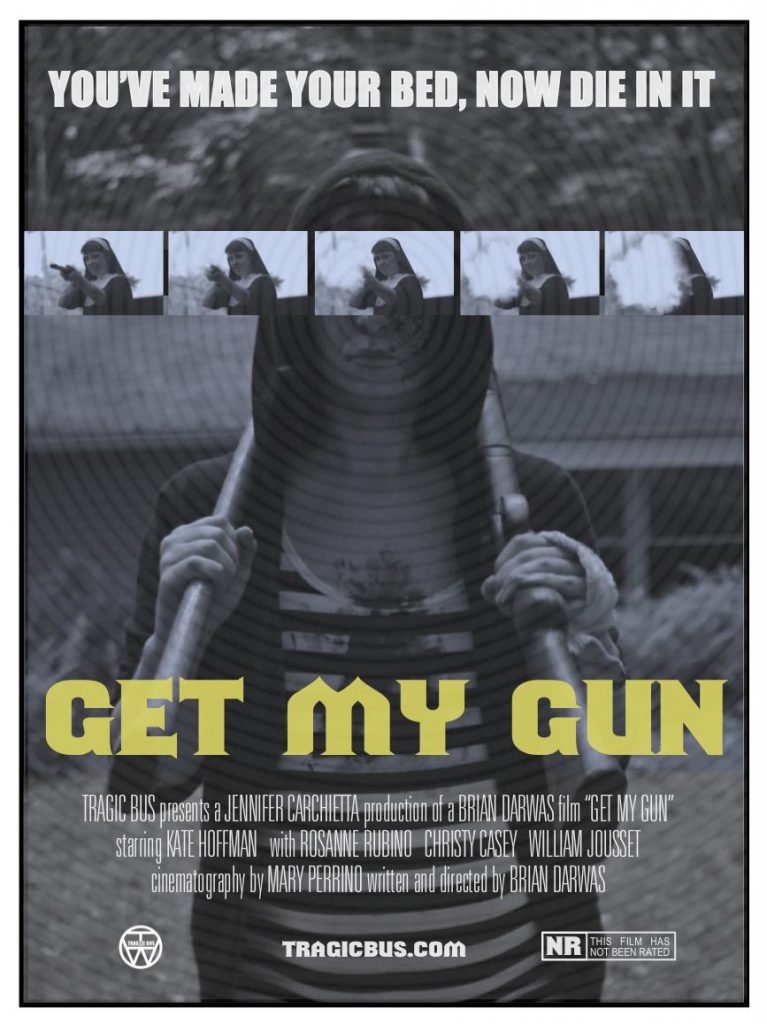