From the Press Release: Charlton Heston leads an all-star cast in an epic film about ordinary citizens who must come together in the face of an unstoppable natural disaster in Earthquake! This Academy Award-winning disaster epic will be released as a two-disc Collector’s Edition Blu-ray May 21st, 2019 from Shout! Factory. Featuring both a new 2k scan of the theatrical cut and a new 2k scan reconstruction of the TV version that contains over twenty additional minutes of footage not seen in the theatrical cut, the release also contains a number of new bonus features, including a new interview with Brett Burt discussing Sensurround, a new featurette on the music of the film, and more! Fans can pre-order their copies now by visiting ShoutFactory.com.

When the most catastrophic earthquake of all time rips through Southern California, it levels Los Angeles and sends shockwaves through the lives of all who live there. Now strangers must become saviors as the city struggles to get to its feet before the next terrifying aftershock hits! Also starring Ava Gardner, George Kennedy, Lorne Greene, Victoria Principal, Geneviève Bujold, and Richard Roundtree, Earthquake combines outstanding performances with Academy Award®-winning sound and groundbreaking special effects.

DISC ONE: Theatrical Cut of the Film 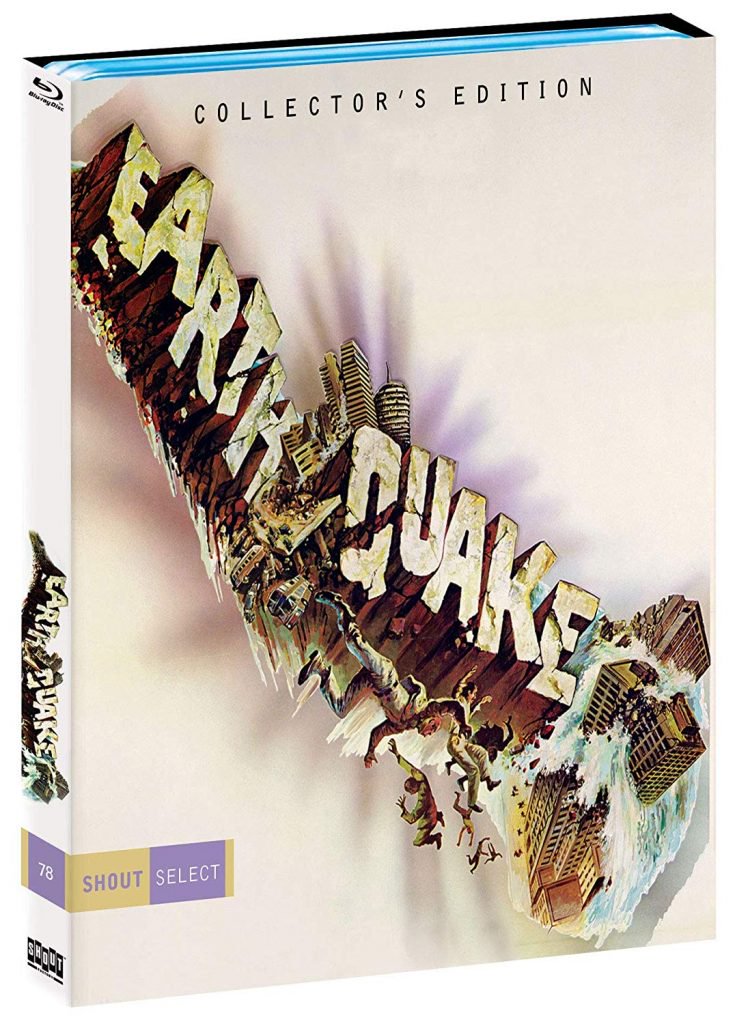