Press Release: [June 7, 2019 – New York, NY] Eaglemoss Hero Collector, designers, manufacturers and publishers of high-quality collectibles from across the many worlds of pop culture, gets all spooky in June when it introduces the Build the Ghostbusters Ectomobile subscription program at the first-ever Ghostbusters Fan Fest, presented by Wizard World at the Sony Pictures Studio Lot in Culver City, California on June 8.

Collectors, die-cast enthusiasts, hobbyists, and generations of Ghostbusters fans will soon be able to build their very own ECTO-1 in the comfort of their own home or firehouse. This unique subscription program regularly delivers plans, parts and behind-the-scenes insights with which to easily assemble a perfect 1:8-scale die-cast replica of one of the most instantly recognizable vehicles in motion picture history – the ECTO-1 as featured in the original Ghostbusters movie, now celebrating its 35th anniversary.

Based on a careful study of the actual 1959 Cadillac Miller-Meteor ambulance used in the 1984 supernatural comedy, every possible detail of the ECTO-1 has been carefully reproduced in 1:8 scale. The doors, hood and windows all open, the headlights, tail lights, brake lights, and emergency lights all work, the siren sounds, and the steering wheel turns the front wheels.  The completed model is over 31-inches long, close to 10-inches wide and showcases the custom modifications made by Dr. Ray Stantz himself, including:

Subscriptions are slated to begin in the fall, though the model and the car on which it’s based will be showcased at the first-ever Ghostbusters Fan Fest, presented by Wizard World on the world-famous Sony Pictures Studio Lot in Culver City, California on June 8: https://events.wizardworld.com/gb-fan-fest/

All fans are encouraged to visit https://herocollector.com/ghostbusters-car/ today to register their interest and be eligible for the risk-free introductory offer.

Hero Collector is Eaglemoss’ imprint for genre collectibles, and is one of the world’s leading producers of figurines and fantasy die-cast vehicles. It makes products based on many of the world’s most popular entertainment brands including Marvel and DC comics and movies, Star Trek, Doctor Who, The Walking Dead, Game of Thrones, Alien, Predator, Back to the Future, WWE, The Wizarding World, and James Bond. For more information visit www.herocollector.com. 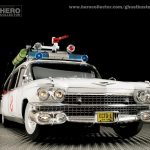 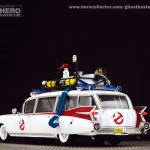 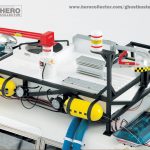 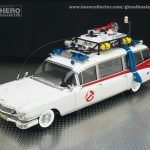 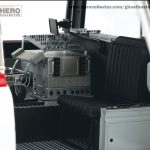 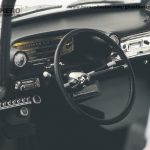