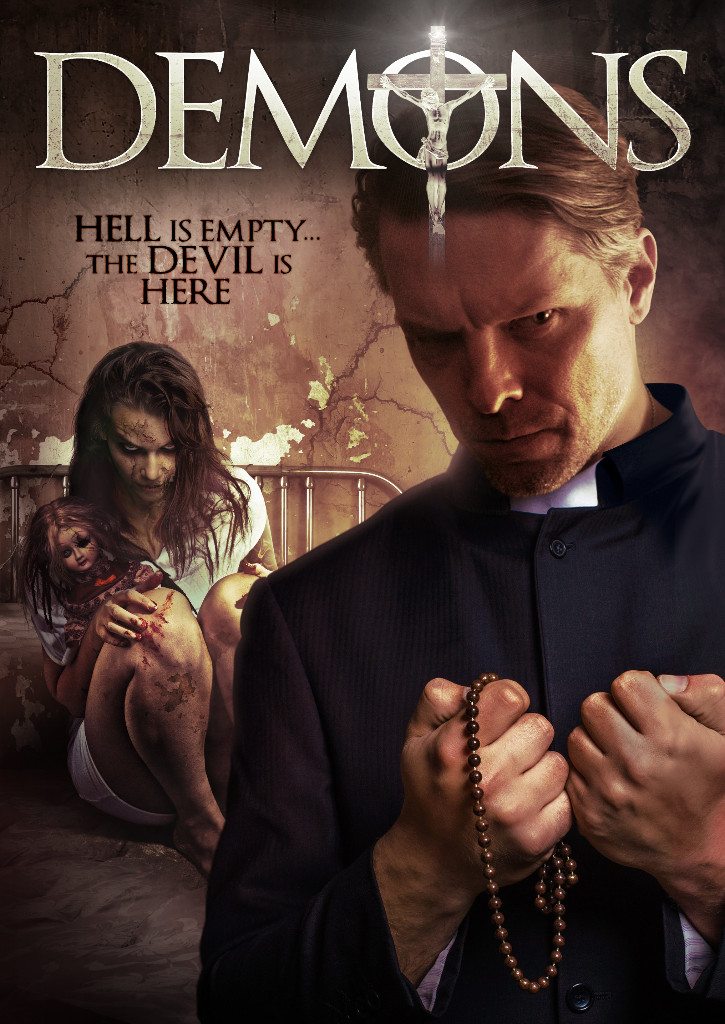 A former priest-turned-author and his wife trudge through life, dealing with their past as little as possible. On the eve of a friend’s wedding and the celebration of his latest book, they’re visited by a heavy presence that demands handling. Can they hold tight to their sanity?

Demons is a movie of darkness, sadness, and regret. Sad part is the demons that need exorcising aren’t what you think. The movie shares the ugliness of an unfortunate family, and what really needs to take place in order to move on. It’s a serious movie, but don’t expect it to be filled with the action you’d expect from a movie bearing such a title.

Through flashbacks of a tortured past, you’re given cause for all the horror of their lives. You endure the torture, but you don’t really feel it. It’s a decent movie, and there’s proper acting, but it just wasn’t strong enough development. I found the story dragged for the most part, but when it was time to get down to the nitty gritty, it was great.

Demons isn’t going to hit big, but it’s a big story that should be filed under biblical thriller.