Today’s Deep Cuts is “Natural Skin” (over at Lightspeed Magazine) by Alyssa Wong. As an initial note, Ms. Wong is the reason we re-launched Deep Cuts, since I’d promised to interview her but didn’t have a chance during the first incarnation.  When she agreed to be part of Deep Cuts’ second life, however, it was the lightning bolt that got this shambling corpse back on its feet.

Wong is an amazing author – she is the Nebula Award Winner for Best Short Story (for “Hungry Daughters of Starving Mothers” (2016)), and has been nominated for many other awards (including the Hugo Award for Best Short Story for “The Fisher Queen” (2015) and “A Fist of Permutations in Lightning and Wildflowers” (2017), as well as both Nebula and Hugo Awards for Best Novelette for “You’ll Surely Drown Here If You Stay” (2017)).  Her distinct settings and empathetic, human (even when not human) characters are inspired.  In “Natural Skin,” we delve for the first time in Deep Cuts history into sci-fi horror. As older sister Liin sinks deeper and deeper into a near-future Tornto’s Chinatown night market seeking an answer to her fixation on beauty and the ageless sister vs. sister familial structures, the depths of her desperation are revealed as we peel back the layers of societal expectations and pressures.

Wong’s fiction mixes seemingly legendary horrors and timeless familial struggles with distinctively diverse settings and characters.  In this story, pay attention to how the paternal pressure and societal emphasis on beauty are complicated by close-world sci-fi surgical procedures.  Also notice, too, how the narrator straddles worlds between contemporary and traditional, present day and futuristic, and even – perhaps – victim and monster.  As you read, ask yourself if, despite your distance (whether in time, space, or culture), you’re really that far from Liin and the inhospitable world she finds herself forced in to.

Hellnotes:  Thanks so much for joining us! In your Author Spotlight interview at Lightspeed, you mentioned that the setting of Toronto’s Chinatown was one of the first story elements that you identified. You also do an excellent job of unobtrusively hinting at the story’s alternate reality through the services offered in the night market and the come-ons of the sellers. What originally drew you to this setting, and how did you go about teasing out the story from this seed?

HN: The protagonist, Liin, isn’t content with merely being beautiful, but goes to great lengths in order to convince people that her beauty is natural. Beyond undergoing cosmetic surgeries, she counterfeits a “Natural Status” patch in order to present as someone whom society (via the government) has basically “certified” as natural and, therefore, is eligible for government jobs. She does this, even though we readers know that she cannot pursue an outside job not only because of her surgeries, but also because her role as eldest daughter requires her to stay home and run the household. What does this mean to Liin, then, to have this stamp of approval, even though it’s false?

AW: For Liin, it’s all about projecting the image of success and potential. The impossible standard she’s buying into is a bit like the myth of effortless perfection—the pressure that many college-aged women feel to project an ultra-competent, ultra-beautiful, ultra-accomplished front (here’s a good article about it).  It’s this idea, right, that one is so exemplary that one’s success can just be assumed. And just like the myth of effortless perfection, the expectations of natural beauty that Liin subscribes to are impossible to attain. But when you can’t have it, the next best thing is faking it convincingly.

HN:  One intriguing stylistic aspect of this story is the code-switching – from Xumei’s presumably affectionate use of “jiejie” (“older sister”) when speaking to Liin, to the data hustler’s diminutive “jie “as he tries to push his wares on her, to the ji-si’s extended use of untranslated Cantonese. It adds a definite flavor to the story, but doesn’t come across merely exotic window dressing. How did you decide to when and how to employ this in the story? Do different characters use it to different effect?

AW: I’m so glad you noticed! All of the characters have different relationships to language. Xuemei calls Liin jiejie because that’s a familial term, and their family is Chinese Canadian. But the reason I kept the ji-si’s Cantonese untranslated is that I wanted to show that Liin’s grasp of Cantonese is actually terrible—she isn’t fluent, and that’s pretty common for a lot of Chinese diaspora kids. She might recognize the sound and rhythm of the language, but she doesn’t actually know what’s being said. (My Cantonese is also pretty terrible; I asked my dad for help on this one.)

I totally admit that I modeled the data hustler on a friend who used to call me or other Chinese girls ‘jie’ whenever he wanted something from us.

HN: On that same note, Liin, as the first-person narrator, understandably does not translate the Cantonese to English in her own mind. However, as a result, the term “ji-si” may sneak by most readers. Based on the context, I had assumed it was a term for “doctor” or maybe even “butcher,” but upon further research, it seems there’s more to it than that. Without the intonations, I’ve found a couple of possible translations for the term “ji-si,” but which one does the narrator intend?

AW: So it’s supposed to be醫師, which is pronounced “yīshī” in Mandarin and “jīsī” in Cantonese, which means “physician.” But it looks like you found 祭司, or “priest,” which is “jìsī” in Mandarin? I love it!

To be fair, if the forum that Liin found her information on was in English, she might not actually know which one it’s supposed to be. But what I’d imagined was that the forum was in Chinese and she’d ran it through Google translate, and that’s the message she’d saved on her phone.

HN: During their encounter, there is an intense and potentially dangerous eroticism between the ji-si and Liin. It ends, however, after we find out that Liin is there to sell her sister, Xuemei, to the ji-si. Towards the end of their exchange, the ji-si offers to fix Liin’s face to look like Xuemei’s, but adds that Liin’s current face “suits [her].” On the surface, that could be read as the ji-si simply commenting on Liin’s own (albeit non-natural) physical attractiveness, but it could also be read metaphorically, perhaps as suggesting that the literal mask of Lin’s altered face is analogous to the metaphorical mask she presented to Xuemei when concealing her true motivations. How, though, did the ji-si mean that comment, and how did Liin understand it?

AW: The ji-si compliments Liin’s appearance a lot, and when she does, she points out that natural beauty—even if Liin had it—doesn’t interest her. What she finds appealing is the artistry in Liin’s altered features, the intentionality behind her surgery. In that sense, the ji-si is the only person who sees Liin for who she really is. And the ji-si appreciates her for the truth of what she sees, not for how close/far Liin hews to impossible “natural beauty” standards. She offers Liin a face like Xuemei’s because she knows that’s what Liin has been trying to achieve through all of her surgeries (the fact that Liin and Xuemei “look nothing like” is a huge sore point for Liin), but she also points out that she likes the face that Liin wears now. It’s the closest Liin has ever gotten to someone telling her that they like her for who she is.

Liin, of course, doesn’t understand and thinks that the ji-si is mocking her.

HN: Overall, the story raises deep questions about both behavioral and bodily autonomy. Liin’s hope of controlling her own life (here represented by going to negotiator training) is thwarted when her father refuses to even sign Liin’s application because, as the oldest daughter, custom dictates she stay at home. Although Liin’s choice to undergo elective surgeries may appear at first glance to be an exercise in bodily autonomy, this rings false when examined in the context of how her decisions are guided by society’s commoditization of certain aesthetics and her own family’s preference for her sister Xuemei.

Liin’s escalating desperation to exert control over her own life reaches its gruesome conclusion when Liin sells Xuemei and uses the proceeds to run away. As a result, Liin’s one autonomous act reduces Xuemei’s own worth as a person to only the skin, hair, and flesh to be stripped and sold. In a very literal sense, Xuemei has no future and no control over her destiny or her body, mirroring Liin’s less tangible lack of control. Should we view both sisters, then, as the victims of social pressures? Can we sympathize with Liin?

AW: Both sisters are definitely victims. Neither one of them is blameless, either; Xuemei has a history of tormenting Liin about her looks, and Liin, obviously, sells her kid sister to a flesh broker. Are they responsible for their actions? Yes. But those stem from the pressures and influences of the social system that pits them against each other. At home, their father poisons their relationship by favoring Xuemei and verbally abusing Liin based on their physical appearance. Liin’s warped self-image stems, in large part, from that abuse, and both of the sisters pattern their self-worth after the things that their father tells them.

One of my goals going into this story was to write a sympathetic protagonist who does something monstrous, and force the reader into the uneasy space between understanding and horror. That’s always one of my favorite things! So yes, I hope Liin is a narrator who one can sympathize with.

HN: Finally, for readers who are new to your work, which other story or stories of yours should they look for if they want to read something similar? What about if they want something completely different?

AW: If you want to read a story about sisters who have a polar opposite relationship to Xuemei and Liin’s, “A Fist of Permutations in Lightning and Wildflowers” is up on Tor.com! If you want complicated, familial body horror, try “Hungry Daughters of Starving Mothers” in Nightmare Magazine, or “The Fisher Queen,” up online and first published in The Magazine of Fantasy & Science Fiction. And if you want a complete change of pace, I like “You’ll Surely Drown Here If You Stay,” which is a Weird Western, published by Uncanny Magazine. 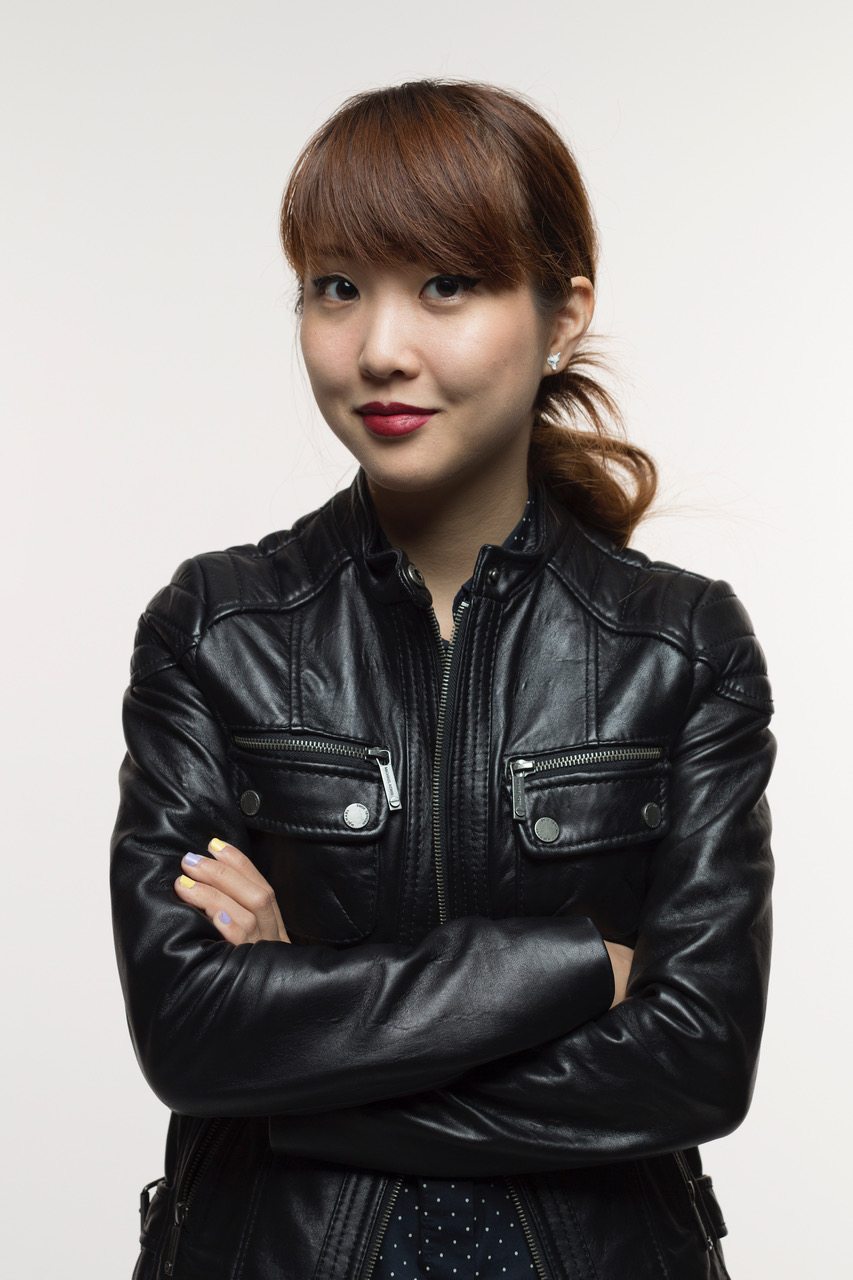 Alyssa Wong lives in Chapel Hill, NC, and really, really likes crows. Her story, “Hungry Daughters of Starving Mothers,” won the 2015 Nebula Award for Best Short Story and the 2016 World Fantasy Award for Short Fiction, and she was a finalist for the 2016 John W. Campbell Award for Best New Writer. Her fiction has been shortlisted for the Hugo Award, the Bram Stoker Award, the Locus Award, and the Shirley Jackson Award. Her work has been published in The Magazine of Fantasy & Science Fiction, Strange Horizons, Nightmare Magazine, Black Static, and Tor.com, among others. Alyssa can be found on Twitter as @crashwong.